Kylie Jenner, star of E!’s new reality show Life of Kylie, is in a curious position. She’s the next-generation emissary of the Kardashian family, a high-flying group that strives to showcase its fidelity to a homey sort of reality. Subtract the couture and heavy-handed raunch, and Keeping Up With the Kardashians isn’t that different from The Brady Bunch. And yet, because she was so young when fame first arrived a decade ago, she has next to no memory of a home life off-camera.

Jenner, a makeup entrepreneur at age 19, documents her radically evolving visage on Instagram (with new hair colors and lips plumped beyond reason) “in order to stay relevant for the public,” she explains. Notionally, Life of Kylie is meant to show us the person behind the pout. Yet Jenner combines the self-obsession of a teenager with the reflexive crouch of someone who has learned to quash confessional impulses. Her attempt to fly to an Internet stranger’s prom night, a canny stunt, is a logistical disaster. She doesn’t mind commercial jets in theory — “all planes are pretty” — but to be at the airport places her in a situation where she can’t control her image.

The personalities who tend to excel on reality TV are those who eventually take a laissez-faire attitude toward their own image. The fact that early Survivor winner Richard Hatch, or Real Housewife of New York Ramona Singer or Kylie’s half-sister Kim Kardashian West don’t particularly care what you think of them is what makes them so compelling to watch. Far from becoming a state of affairs to which Jenner’s accustomed, the presence of cameras seems to rankle her — which may be why her show fills so much of its first two episodes with a made-for-TV prom night rather than the ins and outs of whatever is Jenner’s daily life. Keeping Up With the Kardashians did a similar thing in its early episodes, creating situations which no viewer could have believed were “real” — only to show us the real reactions. But Jenner, too young then to have been part of that action, is now visibly uncomfortable with the sort of frankness and oddity that yields insight or fun. To wit: She’s delighted to get the chance to go to therapy, but, with her session filmed on-camera, confesses little more than vulnerability. Her extensive aesthetic reinvention seems a way to shut down conversation rather than start it, as though what’s on the surface could forestall any conversation about what’s beneath. Jenner is trying so hard to seem like a normal person that she doesn’t quite seem like a person.

For most great reality stars, though, the show is the engine meant to get them to wherever it is they’re hoping to go. For Jenner, by all appearances onair and off actively engaged with her business, it’s an ancillary project. If she’s disengaged from her own show, it may be because she’s legitimately a bit too famous for it. But it helps the brand: We’re watching a very young PR expert at work, and also someone who understands the simulacrum she’s living through as normal life. A prom filmed for TV is, for someone who was home-schooled to focus on her family’s TV show, a prom. And how different is it, really? Once she arrives, all the attendees pull out their phones to create their own reality shows. Jenner is popular less because her life is impossibly unattainable than because it’s so quotidian in an age of relentless self-documentation. Jenner tells her therapist a big, obvious secret: the image she projects on social media “isn’t fully me.” The therapist agrees, but we don’t see her face. She’s refused to appear on air — the better to make the session seem credible for television. 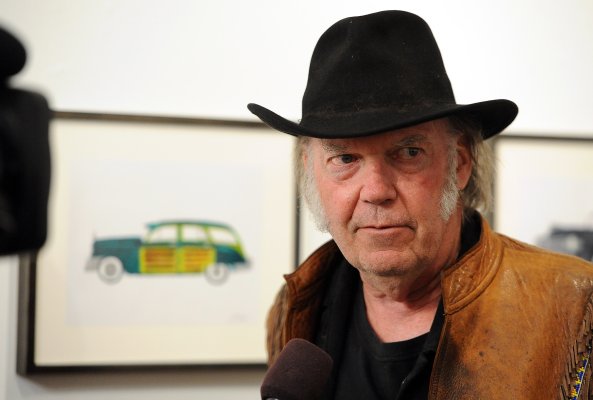 Neil Young to Release Long-Lost Album Recorded in 1976
Next Up: Editor's Pick