Inside the Elaborate Hoax That Made British Society Believe in Fairies

One of the greatest hoaxes of the 20th century began with a sensational headline: Fairies Photographed! The yarn endured for six decades, until a rather disappointing confession in the 1980s confirmed that the photographs were fake. And the unlikely perpetrators of the Cottingley Fairies hoax? Two young girls, and Sir Arthur Conan Doyle.

In 1917, with the world at war, cousins Frances Griffiths and Elsie Wright were just ordinary girls living in an English village until 9-year-old Frances announced that she played with fairies at the bottom of the garden and set in motion a remarkable chain of events. Unsurprisingly, Frances’ claims were met with skepticism by the girls’ parents, so the cousins hatched a plan to photograph the fairies to prove they were real. The resulting images of prancing fairies were, in fact, drawings, stuck into the ground with hatpins. The photographs — only intended to be a practical joke, brought out on occasion to amuse visiting relatives – caused a sensation when Elsie’s mother, Polly Wright, showed them to members of the local Theosophical Society, an organization interested in the philosophies of mysticism, spiritualism and occultism. When the photographs subsequently came to the attention of novelist Sir Arthur Conan Doyle, the story — like all good fairy tales — grew wings.

A leading figure in the Theosophical Society in London, Conan Doyle appointed experts to examine the photographs and, much to Frances and Elsie’s astonishment, they were declared to be entirely authentic. Conan Doyle’s Strand Magazine article on fairy life hit newsstands in November 1920, featuring what he called the “epoch-making” Cottingley photographs. The magazine sold out within days and fairy fever gripped the nation. Even those suspecting the girls of fakery couldn’t understand how they’d done it, or why. For many people, the simplest, and perhaps preferable, conclusion was that the fairies were, indeed, real. Improbable, yes. But not impossible.

Although it is now 100 years in the making, our fascination with the story of the Cottingley Fairies is a timely reminder that, when confronted with what might today be called “fake news,” it’s important to ask why the public might believe such a falsehood.

Timing of a news story is everything, and in the early 1920s a nation reeling in the aftermath of war was perfectly primed to be enchanted by this innocent tale. Photographic evidence of magical beings easily captured the public imagination. The existence of fairies offered comfort to grieving relatives; photographic proof of the afterlife, and of other realms where the fallen had gone. For some, it was simply a matter of which was harder to believe: that cameras could lie, or that fairies were real? In 1922, Conan Doyle published his book The Coming of the Fairies – The Cottingley Incident. Fake news or great news, the world was ready to believe for decades to come.

Amid the media attention that followed after the hoax was eventually exposed by persistent journalists, Frances steadfastly maintained that she had seen fairies in Cottingley, and that the fifth photograph was authentic. As reported in the Times following her death, “The girl who photographed fairies seventy years ago in a Yorkshire dell died last week insisting to the end that one of her pictures was genuine.” This fifth photograph remains a tantalising source of speculation, with Frances’ family hoping to have it examined with modern technology. In an interesting twist, Frances often remarked on how the experts never asked her the most important questions: what were the fairies doing, how did they appear, why could only she see them? The fake photographs became a smokescreen for what might have been a fascinating study of a little girl who believed she saw fairy life.

There was no intentional malice in the origins, or longevity, of the Cottingley story. This was a family joke that got out of hand. As Truth magazine commented in 1921: “For the true explanation of the fairy photographs what is wanted is not a knowledge of occult phenomena, but a knowledge of children.” The Cottingley archive at Brotherton Library, University of Leeds – an impressive collection of media reports and correspondence between the main protagonists – demonstrates the scale and influence of this story. With testaments asserting the photographs’ authenticity, and a groundswell of public support for the fairies to be real, it became almost impossible for the cousins to admit the truth. As Elsie said following her confession, “The joke was to last two hours, and it has lasted 70 years.”

We would all do well to heed the advice not to believe everything one reads, and the Cottingley fairies story — while undeniably enchanting – is also a cautionary tale; a reminder that we are all susceptible to suggestion when the conditions are right. Certainly, some intriguing truths about the human condition can be revealed by our readiness to believe ideas that are plainly false.

It’s also a convincing argument for a little magic and mystery in the world. The necessity to wonder, to hope, to believe in something good, is as essential in 2017 as it was in the turbulent period of post-WWI Britain, when the possibility that fairies might be real was more important than definitively proving that they weren’t. As The Sun (USA) reported on the Cottingley events in 1921: “The soul of the fairy is its evanescence. Its charm is the eternal doubt, rose-tinted with the shadow of hope. But the thrill is all in ourselves.”

Hazel Gaynor is the author of the novel The Cottingley Secret. 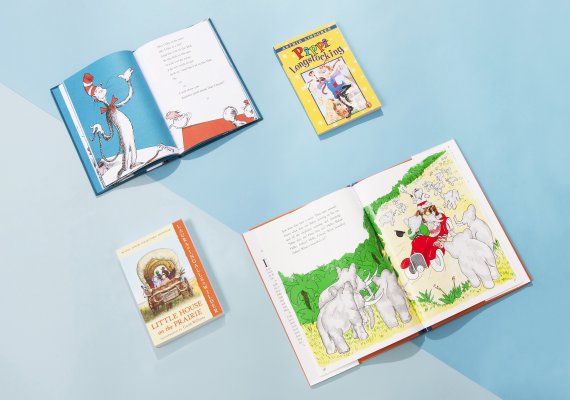 The Hidden (and Not-So-Hidden) Racism In Kids' Lit
Next Up: Editor's Pick