Steph Curry wasn’t shy about letting a fan in South Korea know how the back-to-back MVP really felt about the fan wearing a pair of Nike LeBron sneakers.

The Golden State Warriors player is currently on an Asian tour with his shoe sponsor Under Armour, where he gives basketball clinics to fans. At one such clinic on Thursday, a fan dressed in one of Curry’s trademark Warriors jersey and shorts, hit a half-court three-pointer and to celebrate, emulated Curry’s victory rituals, including the babyfaced assassin’s high kick that became a meme during the 2017 NBA Finals.

While Curry was on deck to celebrate his fan’s amazing feat, he was quick to notice that the fan was sporting a pair of Nike LeBron Soldier 10 shoes. Upon seeing them, Curry promptly ripped off the Nike shoes, threw them to the side, and immediately gifted him a pair of his own Under Armour shoes, the Curry 3Zero, which he later signed as well.

Curry later took to his Twitter to share a video of the entire episode, captioning the post, “When you’ve got the range, you gotta have the right kicks.” 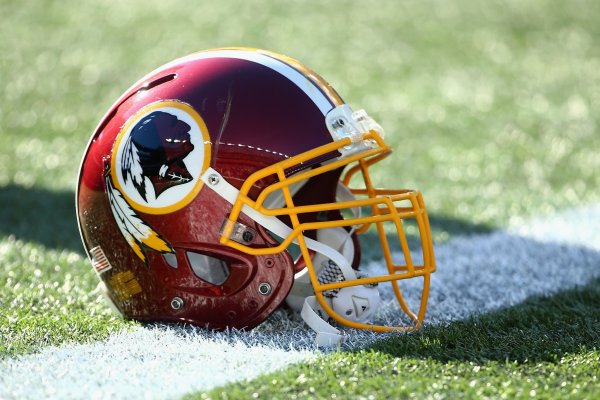 The NFL Needs to Stop Promoting a Racial Slur
Next Up: Editor's Pick