How to Ease Europe's Fears About the New U.S.-Russia Relationship

President Donald Trump and Russia's President Vladimir Putin shake hands during a meeting on the sidelines of the G20 Summit in Hamburg, Germany, on July 7, 2017.
Saul Loeb—AFP/Getty Images
Ideas
By James Stavridis
Admiral Stavridis (Ret.), a TIME Contributing Editor, was the 16th Supreme Allied Commander at NATO and is an Operating Executive at The Carlyle Group. His new book is 2034: A Novel of the Next World War. His previous nonfiction book was Sailing True North: Ten Admirals and the Voyage of Character

Vladimir Putin is a malevolent force in international relations. He constantly scans the horizon for opportunities to inflict damage on his biggest strategic target: the transatlantic alliance. He calculates that anything he does to damage it increases Russian influence and opportunity in the region. It’s working.

As both Congress and the White House wrestle with the U.S.-Russia relationship, we should spare a moment to consider how it all looks from overseas, where our credibility as a global force for good is deteriorating by the moment. Despite President Trump’s recent feel-good visit to Paris, the level of angst in European capitals over the U.S. Administration is shockingly high. The recent G-20 summit further exacerbated concerns — especially Trump’s two-hour meeting there with Putin, made at the expense of time with allies, partners and friends. Fortunately, the House has passed a stronger set of sanctions on Russia, and it appears the White House — after some hesitation — will accept them, if they pass the Senate. This would be the right move, but only a first step.

The recent revelations that tie Trump’s son and son-in-law to a sleazy meeting with a Russian lawyer will only increase the worries in Europe of a U.S. Administration tied in knots for years by investigations. An even worse scenario, from its perspective, would be any capitulation to Putin by the U.S. paired with a lack of sufficient cyberdefense. The open war between Trump and most of the media intensifies all of this. And so the palpable sense of unease in European capitals grows. What should we do? These six things:

1. Leverage our remaining credibility. While the reputations of Secretary of Defense Jim Mattis, Secretary of State Rex Tillerson and National Security Adviser H.R. McMaster are ebbing, given missteps in the White House, all three are still respected internationally. Send them on stand-alone missions to reassure allies.

2. Keep strong sanctions. Removing them is Putin’s greatest short-term desire. Nothing would upset the Europeans more than being left “holding the bag.” Trump’s musing about easing the sanctions was a mistake, and his decision to support them would be welcome. We should continue to monitor their implementation with an eye toward further increases, if warranted.

3. Defend our 2016 and ’18 elections. Putin will try again to manipulate them in ways that, even if they don’t affect outcomes, divide us and weaken us internationally. Our ability to prevent further damage rests on two pillars. The first is defense — in the cybersphere and in responding to obvious fake news. We need to move away from an electoral process dominated by an anger industry that’s pulling us apart and creating these vulnerabilities. The second is creating deterrence by demonstrating offensive capability. Since Russia’s elections are effectively nonexistent, our responses should be asymmetric. Perhaps we could reveal the finances of Russian political actors, thus undermining Kremlin propaganda. We should also offer to help our European partners defend their elections.

4. Strengthen NATO. Keep the pressure on our European allies to increase defense spending to 2% of GDP (something the Trump Administration has done well, with real results). We should also confront Russia on the European continent with more exercises, training events, maritime patrols in the Black and Baltic seas, intelligence-gathering and asset-pooling. Doing so would show resolve and thus reduce the chance of Putin’s miscalculating and clashing with a NATO state, like one of the small Baltic republics.

5. Invest in the European leaders who matter — German Chancellor Angela Merkel and French President Emmanuel Macron above all. Better relations with those countries, which will be at the center of the post-Brexit E.U., are critical. Trump’s visit to France was good. Regular trips by Mattis and Tillerson would be even better.

6. Counterintuitively, keep communications with Russia open. Seek whatever windows of cooperation we can create, potentially including counterterrorism and the fight against ISIS; counternarcotics (we both have an opioid problem); Afghanistan (despite Russia’s double game, it wants a stable government); Syria (an international commission could lead to a quasi-partition, like in the Balkans); and North Korea. Confront where we must, but cooperate where we can.

Despite Trump’s ill-considered words at the G-20 summit, there is no “honor” in meeting with this Russian President. As our allies across the Atlantic drift away, we need to respond to the darkening view from abroad or else risk significant setbacks in Europe and beyond. 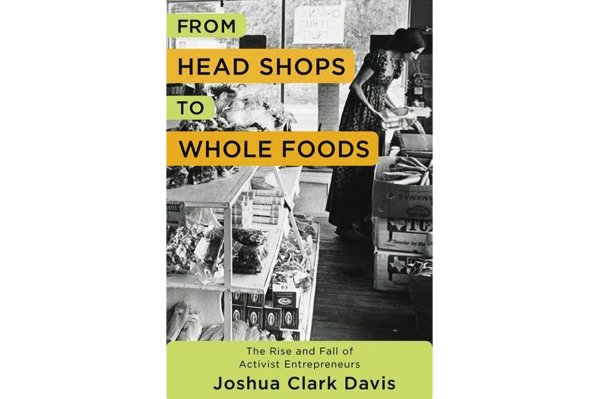 The First 'Mission-Driven' Companies
Next Up: Editor's Pick