‘We have decided to let our son go.’

Connie Yates, mother of Charlie Gard, announcing her family’s decision to end a three-month legal battle to stop a London hospital from taking their terminally ill infant son off life support; the case received international attention as the family sought permission to bring Charlie to the U.S. for an experimental therapy

Approximate number of minutes Americans spent watching Netflix on their phones in June 2017, up 73% from the same time in 2014, per ComScore

‘Let’s meet face to face and you tell me I’m not worthy.’

Kristin Beck, a veteran of the elite SEAL Team 6 unit, who came out publicly as transgender two years after retiring from the Navy in 2011, addressing President Trump after he tweeted on July 26 that transgender people will be barred from serving in the military, reversing a 2016 change in policy; Beck was a SEAL for 20 years and received both a Bronze Star and a Purple Heart

‘I will hound you to the very gates of hell.’

Rodrigo Duterte, President of the Philippines, reiterating his commitment to his controversial policy of rounding up and killing alleged drug dealers in his second state of the nation address, held on July 24

Michael Phelps, Olympic gold medalist, reacting to losing a race off the coast of South Africa to a computer-simulated fish programmed to swim as fast as a great white shark; the race, held to publicize Discovery Channel’s Shark Week, disappointed fans who expected a real shark

Number of sterile male mosquitoes that California scientists are releasing in Fresno County to reduce the number of Aedes aegypti that can carry diseases like Zika and dengue; the plan is for them to mate with females, whose eggs won’t hatch

Number of times hotter Tabasco’s Scorpion Sauce is compared with the brand’s original red sauce; the limited-edition product sold out within hours of its July 19 launch

‘I basically have spent a conflict-free life.’

O.J. Simpson, former football star, successfully arguing for his release before a Nevada parole board on July 20, after serving nine years of a 33-year prison sentence for his role in an armed robbery in Las Vegas; the 70-year-old was famously acquitted in a 1995 trial of the murders of his ex-wife and her friend 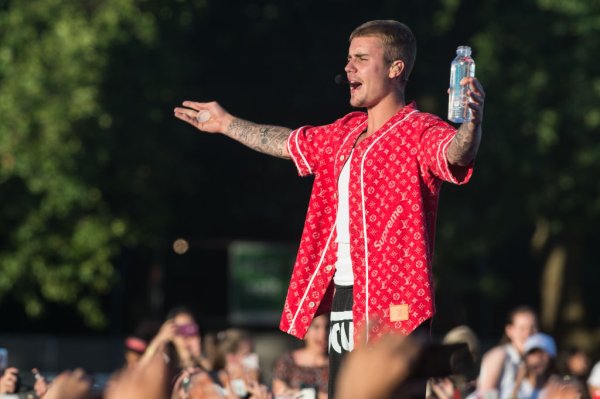