Japanese Prime Minister Shinzo Abe was grilled by the country’s legislature on July 24 and 25 over new allegations of cronyism. It’s the latest in a series of blows that has prompted the center-right leader’s approval ratings to sink to a new low of 26% before general elections next year:

Abe and his aides are accused of pressuring his Education Ministry to give his friend Kotaro Kake permission to open a new veterinary school, despite widespread consensus it was not needed. It would be the first such school approved in Japan in over five decades. In March, Abe and his wife were named in a separate scandal involving patronage of an ultranationalist private school that allegedly purchased public land at a nearly 90% discount. He denies any impropriety in both cases.

His “Abenomics” program of aggressive fiscal and monetary stimulus and structural reforms has failed to reignite the economy. Japan is still dogged by deflation while real wages have only inched up. Abe’s hawkish nationalism has added to the disquiet: he intends to revise the nation’s pacifist constitution, has changed rules to allow Japanese troops to fight abroad and pushed through a contentious antiterrorism law.

Winning a third term in 2018 would make Abe Japan’s longest-serving postwar Prime Minister. However, his party’s stunning defeats in recent local elections in Tokyo and Sendai mean many now see him as an electoral liability. Conservative newspaper Yomiuri recently accused his government of being “arrogant.” For conservative Japanese voters, however, there are few viable alternatives. 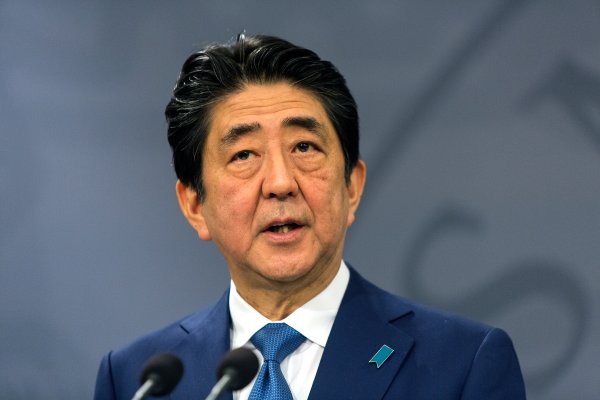 Japan's Abe on the Ropes Over Favoritism Scandal
Next Up: Editor's Pick