Tyler, the Creator Opens Up

Tyler, the Creator‘s career has been defined by immaturity. The Odd Future ringleader’s many talents–his ear for production, his gravel-studded growl, his cross-disciplinary aesthetic–have often been overshadowed by his penchant for lurid imagery and homophobic slurs. He’s not a malicious figure but a whip-smart provocateur, one who’s leaned on shock value and a network of devoted fans to become one of hip-hop’s most prominent polymaths. And while peers like Frank Ocean, Earl Sweatshirt and Syd have released assured solo albums in recent years, Tyler has stagnated in the studio. His music was marred by stale transgressiveness and a lack of discipline.

Flower Boy, his fourth studio album, is a welcome surprise: a focused, sentimental statement of purpose. Vulnerability has always been a fundamental part of Tyler’s music, but it’s typically been couched in anger and disillusionment. On Flower Boy, he sings and raps about his anxiety and fear with disarming sincerity. He leans into the melodic instincts and jazzy textures that have characterized his best work. And the album relies on a rich, distinctly Californian palette: reds, pinks, sprays of seafoam.

Tyler’s newfound restraint is remarkable, but it’s overshadowed by the fact that many of Flower Boy‘s tracks acknowledge his attraction to men. He plays the hopeless romantic on the goopy “See You Again” and brags about “kissing white boys since 2004” on “I Ain’t Got Time!” On the astounding “Garden Shed,” he steps out of the closet with an extended verse that’s confessional, nervous and hopeful all at once.

Skeptics have tried to equate Tyler’s writing on Flower Boy with the litany of alter egos and characters that peppered his earlier LPs, but his struggle with isolation and self-acceptance feels deeply realized. The album makes plain what many of Tyler’s ardent defenders have been saying for years: the bomb-throwing, slur-wielding agent of chaos is really just a lonely kid who knows how to deflect. Transparency suits him. 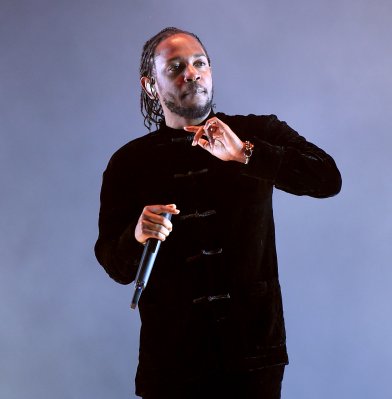 All of the Nominations for the MTV Video Music Awards
Next Up: Editor's Pick