A number of Republicans on Capitol Hill responded to a ban on transgender troops with silence, while Democrats criticized it harshly.

In the hours after President Trump unexpectedly announced via Twitter that transgender Americans will not be allowed to serve “in any capacity,” several lawmakers from his own party tried to dodge questions about it.

Republican Sens. Richard Burr also declined to comment as he headed to the upper chamber for a day of votes on repealing the Affordable Care Act.

Some Republican lawmakers came out against the decision.

Republican Sen. Thom Tillis of North Carolina released a statement condemning the president’s announcement. “I would have significant objections to any proposal that calls for a specific group of American patriots currently serving in uniform to be removed from the military,” he said.

“I don’t think we should be discriminating against anyone,” said Republican Sen. Orrin Hatch of Utah in a statement. “Transgender people are people, and deserve the best we can do for them.”

Republican Sen. Joni Ernst of Iowa, an Army veteran, said in a statement that while she doesn’t think gender reassignment surgery should be covered by military health care, she supports allowing transgender Americans to serve.

Republican Rep. Vicky Hartzler of Missouri, who put forward an amendment to ban military funds from being spent on transition-related health care that failed earlier this month, tweeted her support of Trump’s decision.

Democrats, meantime, were harshly critical of the ban.

“Anybody that’s qualified to serve in our military should be able,” said Democratic Sen. Chris Murphy of Connecticut. “There’s no national security reason for discrimination. The president is under siege but opening up a culture war on people’s sexual orientation won’t solve his problems.”

“I think what he’s talking about is putting bigotry over national security,” said Democratic Sen. Ron Wyden of Oregon.

Democratic Sen. Tim Kaine said he was skeptical that the president based his announcement on advice from “generals and military experts,” as he tweeted. Kaine said that in a hearing last week, the nominee for vice chief of the joint chiefs of staff was asked about the transgender issue and said they were still “looking at the options.”

“[It didn’t] suggest a decision was forthcoming,” Kaine said. 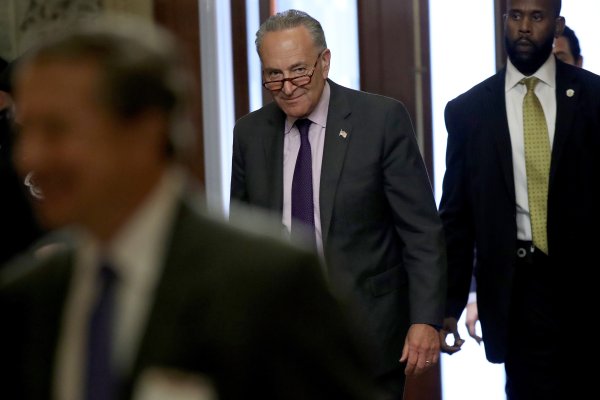 Democrats Appalled by Vote to Begin Health Care Debate
Next Up: Editor's Pick