A large spider made its television debut earlier this week—by crawling onto a reporter during a live broadcast.

Shannon Murray was just trying to do her job, reporting on workers protesting at the Dallas/Fort Worth International Airport for Dallas’s Fox affiliate when the spider tried to take its chance at fame and fortune by crawling over her shoulder and onto her arm, according to MLive. While viewers were undoubtedly horrified as the spider made its way across Murray’s arm, she didn’t seem perturbed in the least. Turns out it’s not just because she is a consummate professional, but because she didn’t exactly notice that the spider was there.

“For those asking, yes I felt it,” Murray wrote on her TV station’s Facebook page. “But I had no idea it was a spider until a viewer let me know on Facebook. EEK!” Good Day Fox 4 posted the clip of Murray and her arachnid co-anchor to Facebook on Wednesday so Murray could re-live the moment.

Of course, this isn’t the first time that a bug has tried to break into television. Murray just happened to handle the situation more professionally than, say, this guy. 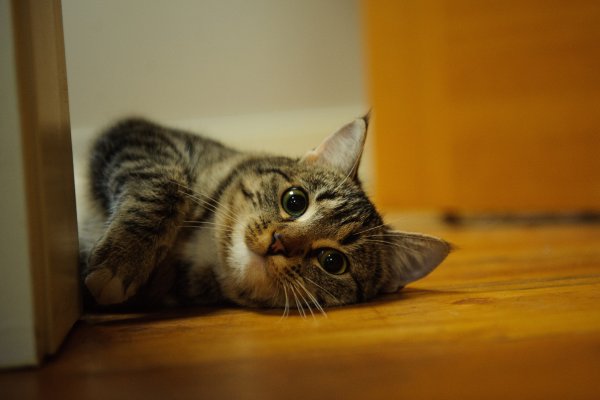 That Time the CIA Tried to Train Cats to Be Spies
Next Up: Editor's Pick