When President Donald Trump said Wednesday that transgender people would not be allowed to serve in the armed forces “in any capacity,” observers quickly noted that the tweeted announcement came exactly 69 years to the day after President Harry Truman signed an executive order that would lead to the desegregation of the military.

The need for such an action, declared Truman’s July 26, 1948, order, could be traced to the idea that “it is essential that there be maintained in the armed services of the United States the highest standards of democracy, with equality of treatment and opportunity for all those who serve in our country’s defense.”

The order — which came after growing advocacy from African-American leaders and civil-rights groups — also established the creation of the President’s Committee on Equality of Treatment and Opportunity in the Armed Services. The committee was tasked with carrying out the order, which demanded “equality of treatment and opportunity for all persons in the armed services without regard to race, color, religion or national origin.”

In his announcement on Wednesday, Trump said the U.S. Military “cannot be burdened with the tremendous medical costs and disruption that transgender in the military would entail.” In 1948, some military officials similarly pushed back against Truman’s order in the interest of “military efficiency.” But, in its final report, published in 1950, Truman’s Committee on Equality of Treatment and Opportunity in the Armed Services concluded that “inequality had contributed to inefficiency.”

“The Committee on its part did not deny the claim of military efficiency; but it believed the assumption that equality of treatment and opportunity would impair efficiency was of doubtful validity. The Committee found, in fact, that inequality had contributed to inefficiency,” the report said. “As a result of its examination into the rules, procedures, and practices of the armed services, both past and present, the Committee is convinced that a policy of equality of treatment and opportunity will make for a better Army, Navy, and Air Force. It is right and just. It will strengthen the nation.”

But it would still be years before the military was fully integrated, as the directive went largely ignored for months. “The Army is not out to make any social reform,” Army Chief of Staff Gen. Omar N. Bradley said at the time, according to the New York Times. “The Army will not put men of different races in the same companies. It will change that policy when the nation as a whole changes it.”

As the Truman Library notes, it was not until the Korean War that full integration would be achieved, “when heavy casualties forced segregated units to merge for survival.” The Korean War ended in 1953, and in 1954, the last all-black unit in the Army was deactivated, completing integration of the Army.

And Truman’s order wouldn’t be the only time that July 26 marked a day for leaders to confirm the military’s stance on the matter. In 1963, Secretary of Defense Robert McNamara issued a directive commanding members of the military to oppose discrimination when they were both on and off duty. “Every military commander has the responsibility to oppose discriminatory practices affecting his men and their dependents and to foster equal opportunity for them, not only in areas under his immediate control, but also in nearby communities where they may live or gather in off-duty hours,” he said. 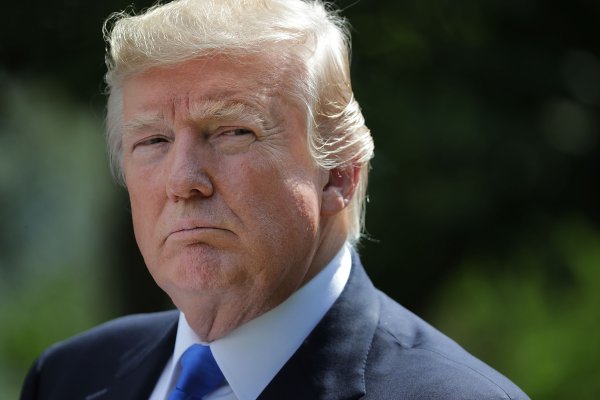 Flashback: Trump Promised to 'Fight' for the LGBT Community
Next Up: Editor's Pick