Alice Cooper has re-discovered a potentially rare Andy Warhol piece in storage nearly 40 years later after he acquired it; the piece is estimated to be worth millions.

According to The Guardian, the rocker found the red silkscreen print of “Little Electric Chair,” a part of Warhol’s Death and Disaster series, “rolled up in a tube” in a storage locker along with memorabilia from his many tours, including an electric chair that Cooper used in the ’70s as a part of his stage set.

Cooper’s longtime manager Shep Gordon told The Guardian that Warhol and Cooper were good friends and that Cooper’s former girlfriend Cindy Lang had purchased the print for a modest $2,500.

“Alice says he remembers having a conversation with Warhol about the picture. He thinks the conversation was real, but he couldn’t put his hand on a Bible and say that it was…Truthfully, at the time no one thought it had any real value. Andy Warhol was not ‘Andy Warhol’ back then. And it was all a swirl of drugs and drinking.”

The top price paid for a Little Electric Chair was $11.6 million in 2015; while Cooper’s version is unsigned, Warhol expert Richard Polsky believes that the piece is an authentic Warhol piece dated to either 1964 or 1965.

“I’m 100%,” Polsky said. “It looks right, and the story just makes too much sense. It’s hard to appreciate how little Warhol’s art was worth at the time. Twenty-five hundred was the going rate at the time. Why would Andy give him a fake? He had plenty of electric chairs. They were not an easy sell. They weren’t decorative in the conventional sense. It’s a brutal image.” 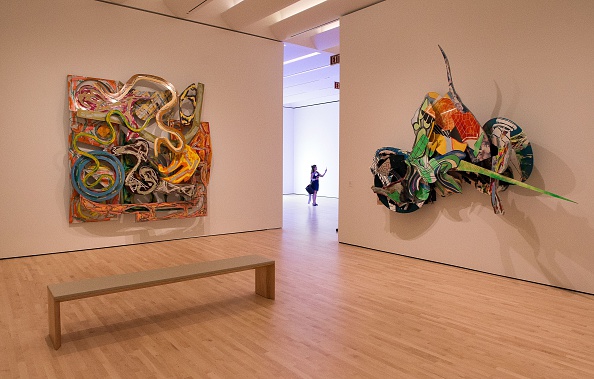 This Number Will Text You a Work of Art Based on What You Want to See
Next Up: Editor's Pick