Chrissy Teigen has been a vocal critic of President Donald Trump far longer than he has been POTUS, with some of her earliest tweets trolling him dating back to 2011. However, the model revealed Tuesday that it wasn’t until she tweeted the words, “lol no one likes you,” at Trump on Sunday that he finally decided to block her on Twitter.

“After 9 years of hating Donald J. Trump, telling him ‘lol no one likes you’ was the straw,” she captioned a screenshot showing off her new blocked status.

Teigen has also spoken about her longtime dislike for the current POTUS in recent interviews. “I’ve actually been a big Donald Trump hater for a long time. If you go back, I’ve been trolling him for about five to seven years now. I’ve been doing this forever and I take pride in that,” she told USA Today in February. “I can’t believe somebody could actually do this all day, every day, and still be president. It’s insane. I think he’s the f—ing most vile person on this planet and if I mysteriously go missing in the next four years then that’s what happened.” 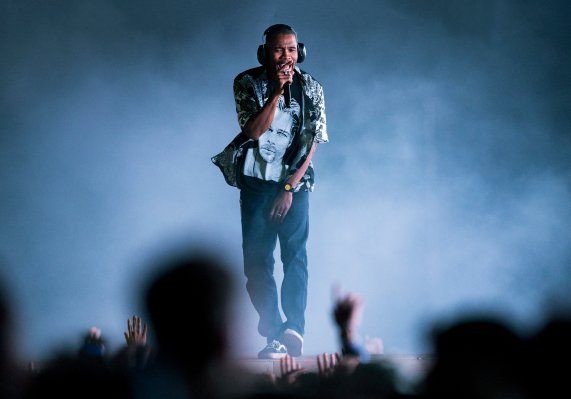 Find Someone to Serenade You Like Frank Ocean Romantically Singing for Brad Pitt
Next Up: Editor's Pick