President Trump’s speech at the 2017 Boy Scout Jamboree has drawn criticism from former Boy Scouts and current Scout leaders alike, with some comparing the speech to a “political rally.”

During Monday night’s speech, Trump referred to “this horrible thing known as Obamacare,” called for “more loyalty” and recounted the night of his election as “that famous night on television.” Trump also repeated his claims against “fake media” and “fake news,” despite commencing the speech by saying “we’re going to put that aside.”

While the speech was interspersed with applause and chants of “USA! USA! USA!” from the audience, Trump’s comments about Barack Obama and Hillary Clinton also elicited boos from the crowd, which was highlighted by users on social media.

Former Chief Official White House Photographer Pete Souza made his own comparison between Obama and Trump via Instagram.

Current Scout leaders and former Scouts, as well as parents, also used Twitter to voice their criticism of the nature of Trump’s speech.

In a statement, the Boy Scouts of America said that it is “wholly non-partisan and does not promote any one position, product, service, political candidate or philosophy. The invitation for the sitting U.S. President to visit the National Jamboree is a long-standing tradition and is in no way an endorsement of any political party or specific policies.” 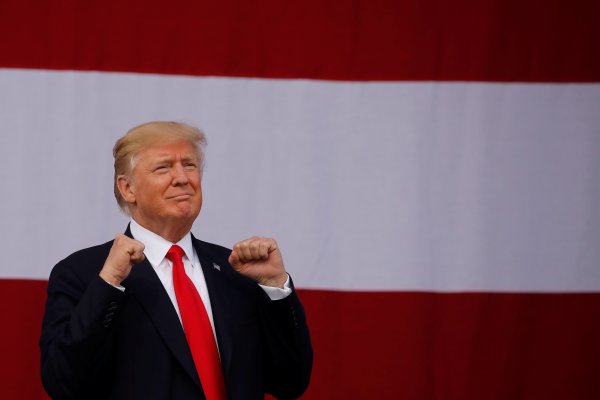