John McCain Will Return to the Senate on Tuesday

Sen. John McCain will return to work in Washington on Tuesday, a week after being diagnosed with brain cancer following a surgery to remove a blood clot from above his left eye.

The Republican senator from Arizona also tweeted about his return late Monday. Following his diagnosis, McCain signaled that he wouldn’t be away from Congress for long, tweeting on Thursday that “unfortunately for my sparring partners in Congress, I’ll be back soon, so stand-by!”

McCain’s cancer diagnosis was announced Wednesday, when his office said that doctors operating on the blood clot had discovered a brain tumor known as glioblastoma. Messages of support for the longtime senator immediately poured in following the news.

His return coincides with an expected vote on a procedural motion involving the GOP’s push to repeal and replace Obamacare. In the wake of McCain’s surgery on July 14, Senate Majority Leader Mitch McConnell delayed a vote on the proposed healthcare bill. 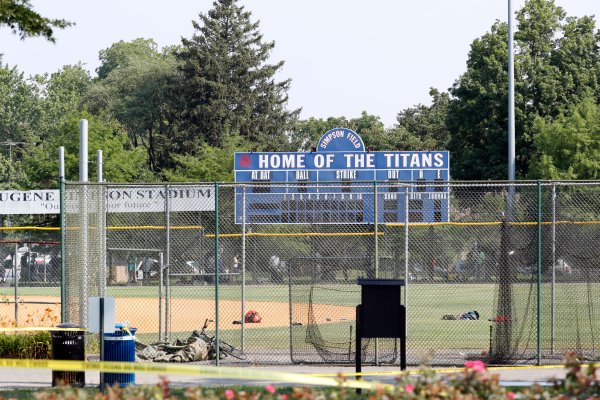 Congressman Uses Audio from Baseball Shooting in New Ad
Next Up: Editor's Pick