When Yossi Matias was working out of Google’s Haifa, Israel-based office one day seven years ago, he noticed a massive smoke cloud in the distance. There was a devastating fire happening on the nearby Mount Carmel. “The concerning part was that I couldn’t find any information,” says Matias, a vice president of engineering at Google. “Should I vacate the office? Where exactly is it? It wasn’t until I called the mayor’s office that I got information.”

Matias’ experience is part of the inspiration behind Google’s latest feature, SOS Alerts, which displays relevant information in search results and in Google Maps to help those affected by a crisis. Google has been testing the feature but publicly announced it for the first time on Tuesday.

When Google marks an event as a crisis, it will provide certain details to those within the vicinity of the incident, such as relevant news stories, a feed of instructions from local authorities, a map of the affected area, links to shelter information, and phone numbers for reporting details or listening to updates. Those outside of the impacted region will also see things like news stories and ways to donate to those in need. Google will push notifications to those in the area that points them to this information as well. “This is really about how to address people’s needs during a crisis in terms of giving them basic information,” says Matias. “What’s going on, where is it, what should I be doing?”

Google Maps, meanwhile, will show a specific icon for the incident in addition to helpful phone numbers and websites. Google also says changes resulting from the crisis, such as road closures, will appear in real time.

Read more: How to Use Google Maps Offline

For SOS alerts, the company is currently focusing on large-scale global emergencies rather than local accidents such as train derailments. “The factors we take into consideration [are] the level of impact, how many people [are affected], public interest, and most importantly how helpful can we be to the people that are interested in the crisis,” Matias says.

The new feature builds on Google’s existing safety tools, such as Google Person Finder, which helps people reconnect with loved ones after a disaster, Google Crisis Map, and Google Public Alerts. Google isn’t the only company using it’s massive reach to help those impacted by catastrophes. Facebook’s Safety Check feature, initially launched in 2014, allows those in affected areas to mark themselves as safe in order to let family and friends know they’re unharmed. 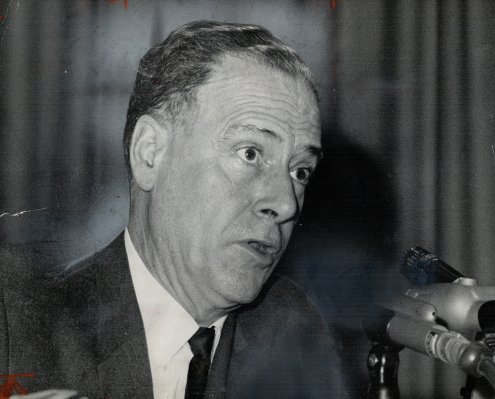 Google Doodle Celebrates Canadian Philosopher Who Predicted the Internet
Next Up: Editor's Pick