President Trump Was Asked If Jeff Sessions Should Resign. He Rolled His Eyes

President Trump rolled his eyes and smirked Monday when he was asked whether Attorney General Jeff Sessions should resign.

Posing with a group of outgoing White House interns for a photo, Trump was asked by a reporter if Sessions should resign. As interns laughed around him, Trump shook his head, rolled his eyes and smirked.

Seconds later, a reporter asked Trump about health care. He responded: “Quiet.” The group surrounding him then broke out in laughter again.

The question came after Trump criticized the attorney general in an interview with the New York Times last week for recusing himself from the investigation into Russian interference in the 2016 U.S. election.

“Sessions should have never recused himself, and if he was going to recuse himself, he should have told me before he took the job, and I would have picked somebody else,” Trump said in the interview.

Earlier Monday, Trump called Sessions “beleaguered” in a tweet that questioned why the attorney general was not investigating “Crooked Hillarys crimes & Russia relations.”

Last week, Sessions said he would continue his role “as long as that is appropriate” despite the criticism.

Sessions had recused himself from the investigation in March after it was revealed that he met with Russia’s ambassador to the United States during Trump’s presidential campaign. Sessions did not disclose this meeting during his confirmation hearings.

Trump had repeatedly denied collusion between his campaign and Russia during the 2016 presidential election, calling it a “witch hunt.” Also on Monday, Trump’s son-in-law Jared Kushner, senior adviser to the president, spoke behind closed doors to the Senate Intelligence Committee and denied any collusion with Russia. 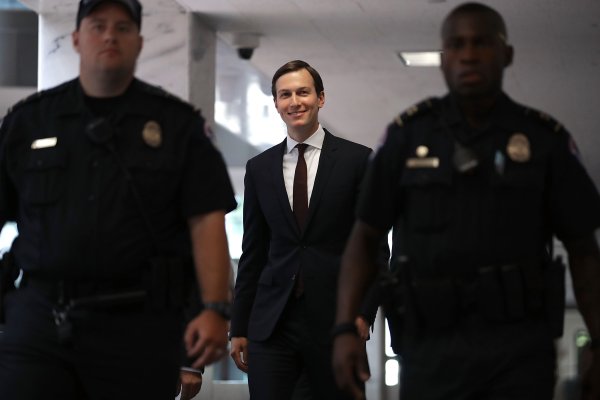