“I did not collude, nor know of anyone else in the campaign who colluded, with any foreign government,” said Kushner, President Trump’s son-in-law. The Intelligence Committee is running one of several investigations into potential links between the Trump campaign and the Russian government.

Kushner’s statement included a carefully worded denial of reports that he sought to set up a backchannel to communicate with the Kremlin. It also attempted to separate Kushner from a controversial meeting with a Russian lawyer who claimed to have damaging information on Hillary Clinton.

Here are three ways Kushner carefully chose his words in his prepared testimony.

The statement is peppered with some flat-out denials, but Kushner hedges in some of his recollections of conversations and events.

For example, Kushner does not deny meeting then Sergey Kislyak, then Russia’s ambassador to the U.S., at the Mayflower Hotel in April 2016. But he says he does not recall two calls Reuters reports he had with Kislyak between that time and November.

“We have reviewed the phone records available to us and have not been able to identify any calls to any number we know to be associated with Ambassador Kislyak and I am highly skeptical these calls took place,” Kushner said.

Kushner’s statement leverages his lack of familiarity with the political world. When discussing conversations he is alleged to have had with Kislyak, Kushner said he could not remember Kisylak’s name when seeking to verify a congratulatory email from Russian President Vladimir Putin.

“I thought the best way would be to ask the only contact I recalled meeting from the Russian government, which was the Ambassador I had met months earlier, so I sent an email asking . . . ‘What is the name of the Russian ambassador?'” Kushner said.

Kushner made similar statements when discussing the Clinton meeting:

Kushner also argued that the fact he asked Kislyak in December about ways to communicate with Putin “should of course be viewed as strong evidence that I was not aware of one that existed before Election Day.”

Kushner also addressed the disclosure form he submitted before receiving a security clearance, saying the version his assistant submitted in January was meant to be a “draft.” He added that no foreign contacts, Russian or otherwise, were included in that version. Kushner has since updated his disclosure form.

Overall, Kushner’s statement can be read as an attempt to prove he has nothing to hide.

“As I indicated, I know there has been a great deal of speculation and conjecture about my contacts with any officials or people from Russia,” he said. “I have disclosed these contacts and described them as fully as I can recall.” 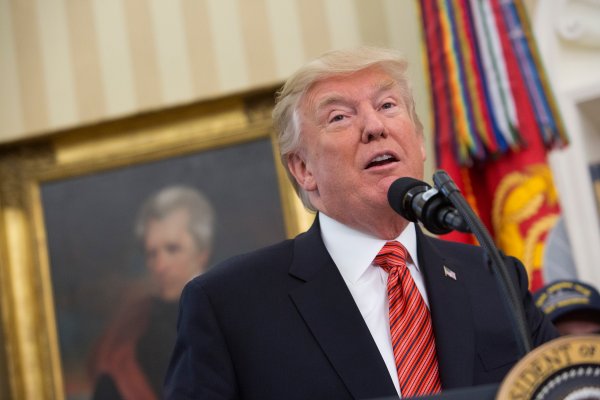