San Antonio police officers investigate the scene Sunday, July 23, 2017, where eight people were found dead in a tractor-trailer loaded with at least 30 others outside a Walmart store in stifling summer heat in what police are calling a horrific human trafficking case, in San Antonio.
Eric Gay—AP
By Maya Rhodan

A 60-year-old Florida man will face federal charges on Monday for his alleged involvement in the deaths of nine migrants who were found in a sweltering tractor-trailer in Texas. Eight were discovered dead at the scene; 39 others were rescued.

The U.S. Attorney’s Office for the Western District of Texas released a statement on Sunday saying a criminal complaint would be filed against James Matthew Bradley of Clearwater, Fla. on Monday morning and that the suspect will likely make an appearance in court.

As many as 100 migrants may have been packed into the tractor-trailer at various points along the journey, CNN reports. The trailer is believed to have had no working air conditioning and there were no signs that the migrants received water. The trailer was discovered outside of a Walmart in San Antonio on Saturday, where temperatures reached 100 degrees. Authorities are investigating how long the trailer was in the parking lot.

The incident is being considered a case of human trafficking. Officials have called it a “horrific tragedy.” 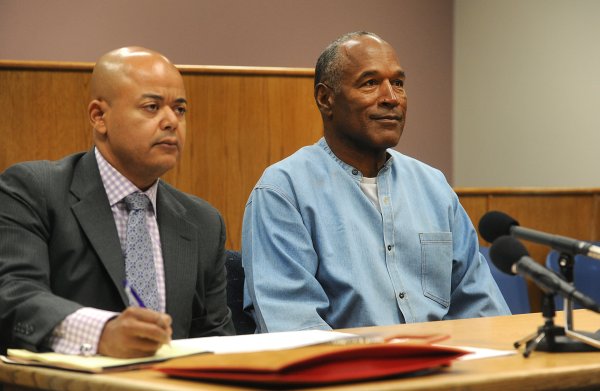 O.J. Simpson Has Been Granted Parole
Next Up: Editor's Pick