After being both physically and mentally tortured by Ramsay Bolton for nearly three seasons of Game of Thrones, it seemed Theon Greyjoy had recently managed to work through his trauma and serve as his sister Yara’s protector.

However, when Yara was captured by their Uncle Euron after the Iron Fleet ambushed their ships in Sunday’s episode, Theon did not do what he had promised. Instead of attacking Euron or attempting to save Yara, Theon leapt overboard, fleeing the battle and leaving his sister for dead.

In the post-episode rundown, showrunners David Benioff and D.B. Weiss spoke about Theon’s struggle to reclaim his identity after spending years as Reek — the name Ramsay forced him to go by.

“We’d maybe fooled ourselves into thinking that Theon was out of the woods on his whole Reek experience, and as we were writing it, we realized that you just don’t get over what happened to him,” Weiss said. That’s something that’s going to be a part of him for the rest of his life. And this is a place that triggers the worst of that experience.”

“When Euron has his sister, and Theon can try to rescue her, you know, against all the odds, he can’t do it,” Benioff added. “Just the look on her face, that look of being betrayed and the look on his face, he’s falling apart again.”

“The Queen’s Justice,” the third episode of Game of Thrones‘ seventh season airs July 30 at 9 p.m. on HBO. 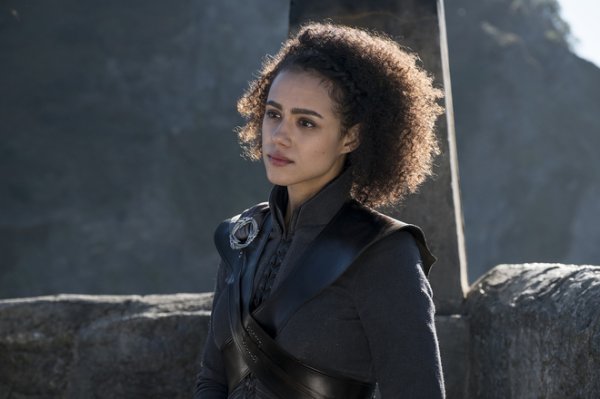 One of Your Favorite Game of Thrones Couples Finally Had Their Big Moment
Next Up: Editor's Pick