Brie Larson did not come to San Diego Comic-Con to promote her role as Captain Marvel, Marvel’s first female superhero with her own movie. But head of Marvel Studios Kevin Feige made up for it by revealing concept art of the actor in costume. In the illustrated images, Larson floats above her enemies in red and blue.

Along with the art, Feige teased a few new details about the film. He confirmed that Samuel L. Jackson will indeed be in the movie as Nick Fury — and the usually eye-patched spy will have two eyes in the movie. The film will take place before the events of the first Iron Man movie in the early 1990s.

Feige also announced that the villains in the movie will be the Skrulls, an extraterrestrial humanoid race from the comic books that have created their own massive interstellar empire.

The movie is being written by Meg LeFauve and Nicole Perlman and will premiere March 8, 2019. 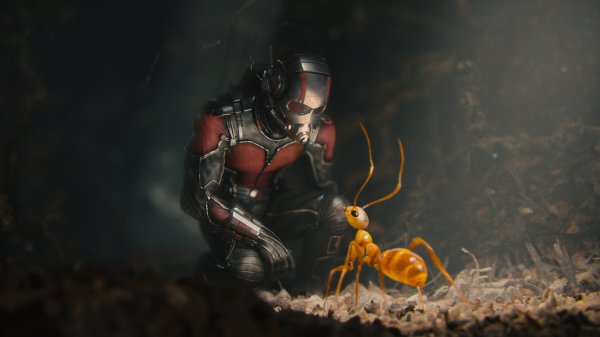 Michelle Pfeiffer and Laurence Fishburne Join Marvel's Ant-Man and the Wasp
Next Up: Editor's Pick