Following a recent report from The Hollywood Reporter that Affleck was attempting to gracefully bow out of playing Batman in future movies, Affleck emphatically said he will be starring as the Caped Crusader in a solo film.

“Let me be clear. I’m the luckiest guy. Batman is the coolest f—ing part in any universe, DC, Marvel,” he said.

“I’m so excited to do it. I think there’s this misconception that because I’m not directing it I’m not doing it,” he said during the panel for Justice League at San Diego Comic-Con. “But I’m so excited to be Batman.”

But director Zack Snyder (who also helmed Batman v. Superman) stepped down from Justice League earlier this year due to a personal tragedy. Avengers director Joss Whedon has since taken over the film and is reportedly completing editing now. Still, it’s unclear how the two directors very divergent styles — grim vs. quippy — will mesh in the same movie. 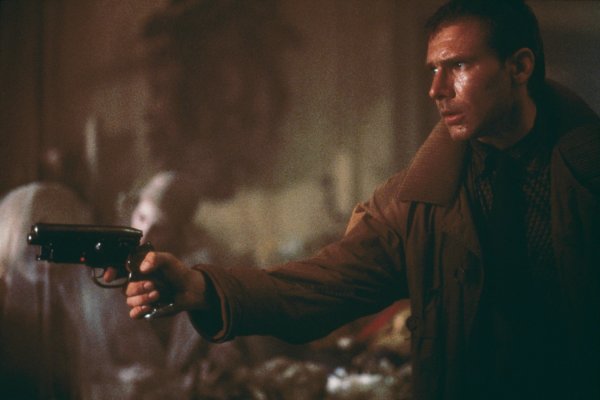 Harrison Ford Had the Perfect Response to Someone Who Asked If He Plans to Reboot All His Movies
Next Up: Editor's Pick