Arizona Senate Candidate: John McCain Should 'Step Away as Quickly as Possible' After Cancer Diagnosis

A candidate challenging Arizona Sen. Jeff Flake for his seat said Thursday that she hopes John McCain — the state’s senior U.S. Senator who has been diagnosed with brain cancer — will “step away as quickly as possible.”

Kelli Ward, who is challenging Flake in the 2018 Republican primary, also said that she hopes Arizona’s governor would consider appointing her to fill McCain’s seat. Ward ran an unsuccessful campaign against McCain in the 2016 primary.

“I hope that Senator McCain is going to look long and hard at this, that his family and his advisers are going to look at this, and they’re going to advise him to step away as quickly as possible,” she said on Indiana radio WOWO 1190 AM, according to audio published by CNN. “So that the business of the country and the business of Arizona being represented at the federal level can move forward.”

McCain’s office has said he is now considering treatment options, and McCain himself said he plans to return to the Senate soon. “I greatly appreciate the outpouring of support — unfortunately for my sparring partners in Congress, I’ll be back soon, so stand-by!” he said in a tweet on Thursday.

Ward said President Donald Trump’s agenda will be held up in McCain’s absence due to fewer Republican votes in the Senate.

“That can’t stand,” she said in the radio interview. “We can’t have until the 2018 election, waiting around to accomplish the Trump agenda, to secure the border and stop illegal immigration and repeal Obamacare and fix the economy and fix the veterans administration, all those things need to be done and we can’t be at a standstill while we wait for John McCain to determine what he’s going to do.” 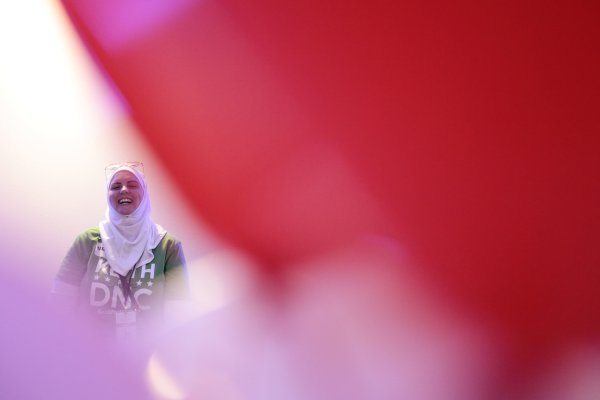 'Hang in There.' Muslim Senate Candidate Gets Support From Republican Incumbent
Next Up: Editor's Pick