50 Years Ago This Week: Detroit and 'The Fire This Time'

The August 4, 1967, cover of TIME
Robert Templeton
By Lily Rothman

The summer of 1967, which TIME had launched with a rather upbeat examination of the coming of the hippie, had taken a major turn for the worse. And so yet again, the cover story was devoted to a wave of riots and rebellions that swept America’s cities. This time it was particularly bad: the riot that had consumed Detroit over the course of nearly a week had been, by the magazine’s count, the costliest such uprising in American history and the bloodiest in decades: “At week’s end, there were 41 known dead, 347 injured, 3,800 arrested. Some 5,000 people were homeless (the vast majority Negro), while 1,300 buildings had been reduced to mounds of ashes and bricks and 2,700 businesses sacked. Damage estimates reached $500 million.”

And Detroit was only one of the dozens of cities that had seen rioting that summer.

The details of what had happened seemed, by that point, familiar: the underlying inequality and tension, the police raid on an African-American target — in Detroit, on an after hours club — followed by the confrontation, the fires and looting, the rumors of snipers, the summoning of the National Guard, the bystanders killed by jittery law-enforcement officers. (One incident of exactly that is dramatized in the new movie Detroit, out Friday.)

While such conflagrations seemed to be everywhere that summer, there was still plenty to say about the causes and solutions, largely because there was little agreement. One of TIME’s guesses did not bode well for those who hoped that the matter would be resolved quickly. “[The riot] was fed by a deep well of nihilism that many Negroes have begun to tap,” the magazine declared. “They have despaired finally—some this summer, others much earlier—of hope in white America.”

Chaos in China: The Cultural Revolution in China was, the world-news section reported, “descending further and further into political and social chaos” as government officials were felled by in-fighting and the nation’s economy was crippled by the focus on revolution rather than education, farming or other regular business.

What’s that in the sky? This week’s essay took a look at the science and speculation that lay beneath the startling statistic that, at the time, nearly half of American adults believed that UFOs were real. For the previous two decades — since the “U.S. saucer era” began in 1947 with a sighting near Mount Rainier — enthusiasts, scientists and the Air Force had been trying to get to the bottom of the matter. Despite increasing interest and belief (and all sorts of psychological theories about the reasons why), scientists tended to hold firm that while extraterrestrial life was quite probable, the chance that a UFO had come all the way to our random planet was next to nil.

Ouch: How’s this for a scary statistic: In 1967, U.S. dentists estimated that the nation was home to a whopping one billion unfilled cavities. (One of the more outlandish suggestions to address the general state of dental decay came from one Dr. Paul Baer, who was growing teeth in egg yolks in hopes of establishing a national tooth bank.)

Gotta dance: A fun fact comes from this profile of Gene Kelly. Did you know that the reason he wore white socks, even with dark shoes and pants, was to draw attention to his feet on camera?

Eat up: A breathless story about the burgeoning international yogurt business provides a fascinating anecdote about how the company Danone (now known as the makers of Dannon yogurt) changed the way people in France, and then the world, consumed the food:

As a point of comparison, the global yogurt market in 2016 reached, by some counts, an estimated level of 13 million metric tons.

Coming up next week: More news from America’s cities 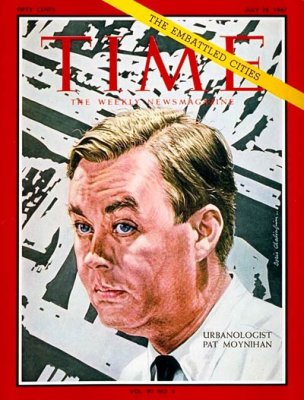 50 Years Ago This Week: How to Fix the American City
Next Up: Editor's Pick