“I’ll tell you who he’s going to be President of, you can tell Donald I said this, the Queens County Bullies Association,” Scaramucci said on Fox Business Network in August of 2015 in response to Trump’s comments about “hedge fund guys paying nothing” in taxes.

Scaramucci said other politicians shied away from attacking Trump for fear he would call them out in the media. But he told Trump to “bring it,” adding that “I’m not a politician.”

“You’re an inherited-money dude from Queens County,” Scaramucci said of Trump. Scaramucci later went on to become one of the Trump campaign’s economic advisers.

Scaramucci addressed the Fox clip during a White House press briefing on Friday.

“One of the biggest mistakes that I made because I was an unexperienced person in the world of politics,” he said. “I should have never said that about him. So Mr. President, if you’re listening, I personally apologize for the fiftieth time for saying that.”

Correction: The original version of this story incorrectly described where Scaramucci made his comments about Trump in 2015. It was on Fox Business Network, not Fox Business Channel. 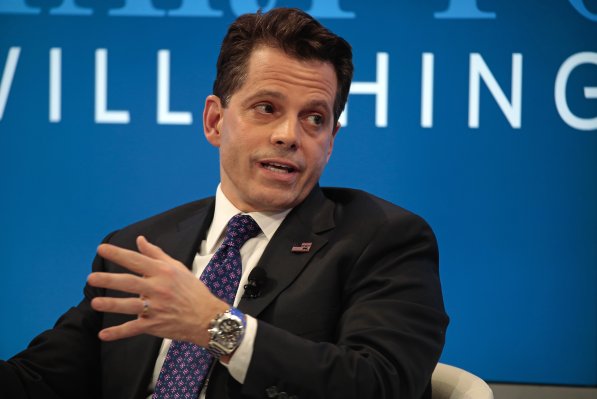 What to Know About New White House Communications Director Anthony Scaramucci
Next Up: Editor's Pick