The First Thing Democrats Must Do to Fix the Economy

Wong is President and CEO of the Roosevelt Institute.

Just underneath the avalanche of Trump headlines, Democrats are planning their political comeback. But after a decades-long slide into increasing economic uncertainty under presidents of both parties, voters don’t trust easily. In the aftermath of 2016, Americans still overwhelmingly say the country is on the wrong track. Donald Trump’s explanation blames immigrants and foreigners for ripping us off. That story is wrong, cruel, and actually a Trojan horse for rule by the wealthiest among us, but it clearly appeals to many voters: Trump not only won the Midwest in November, he continues to be popular with his Republican base.

To beat that, Democrats will need more than a new motto or a better list of policies, as they plan to release this coming week. To win, Democrats have to start with something else: They have to tell Americans what’s gone wrong with our economy. Only then will it be clear how we can fix it.

To see the way forward, it helps to take a step back. What drove the strong, middle-class-led growth of the mid-20th century? Then as now, we had technological change upending industries and jobs; then, it was the move from farming to factories; now, it is the move from factories to the cloud. But then, we invested in America — in people and transportation and innovation. We had higher top tax rates and union protections that curbed the inequality between industrialists and shop-floor workers. We also had robust protections to keep companies from undermining competition, to keep our markets free and fair.

In short: We kept the winners from shutting everyone else out. Republican Teddy Roosevelt railed against trusts and sued dozens of monopolists, and his Democratic cousin Franklin reinvented the antitrust division at the Department of Justice, reining in some of the biggest corporations in America to save capitalism from itself.

But in the 1970s and 80s, we changed the ways our laws work to make mergers easier. Today, when the companies making the most money can spend it on making life hard for others, markets don’t stay free or fair for long. Dominant companies undercut competitors by selling their products below cost, which smaller outfits cannot do, enticing purchasers away and thus killing off the very alternatives that benefit consumers in the long run. Anti-competitive concentration has grown dramatically in most sectors of our economy; the last decade has seen one of the biggest waves of corporate consolidation in American history. And those dominant companies hijack our democracy with armies of lobbyists to make sure market rules work only for the few — big bank reps, for example, unwinding financial regulations just a few years after the 2008 crash.

This affects us all — in ways we expect, and don’t. Cable and phone companies charge their typical customer $500 more per year because they’re monopolies — or, if we live in rural America or public housing, we may get no service at all. Corporate concentration affects our jobs and our cities and towns. Ninety percent of the beer industry is now owned by two giant conglomerates — including a lot of those charming craft brewery labels. Now, not only does beer cost more — American beer drinkers now pay an extra $2 billion every year — but also factories have closed, and 5,000 jobs have been lost in just the last few years.

Concentration chokes off otherwise free markets. Too-big-to-fail banks grew until they had so much control over the market for money that their stumble in 2008 brought down our economy. When big employers have the power to set the rules of the market, we see lost jobs and lower wages. We also see fewer opportunities for upstarts. For the first time since at least the 1970s, more companies are dying than are being born, in part because big incumbent companies can box newcomers out. Amazon, which now controls almost half of all online shopping, has begun to use that dominance to produce knockoffs of products made by mom-and-pop “Amazon Marketplace” sellers — but at lower prices and with preferential ad placement. The result? A direct killing of competition, a victory for Goliath and the squashing of many Davids, along with all the jobs they would have created in our cities and towns.

Donald Trump blames our troubles on immigrants and foreigners and supports pro-big business, pro-1% policies. We need to turn that diagnosis on its head: Our big-firm economy is a major part of our problem, and our lax laws have let that happen.

So the imbalance of power is at the core of our troubles. The vision of what we want to create is an economy that is less captured — more inclusive, more fair and more free. To get there, a policy agenda must:

If Democrats explain in clear language what’s happened to America’s economy and American jobs, Americans are ready to listen. 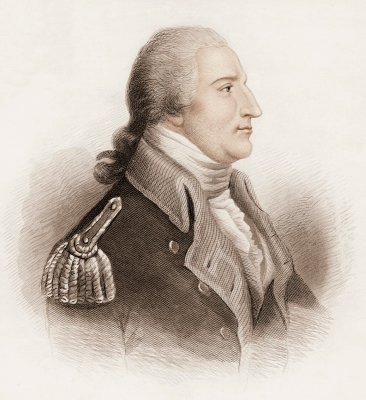 The Real Role of Treason in American History
Next Up: Editor's Pick