How a Presidential Pardon Could Backfire

President Trump is considering pardoning family members and staffers caught up in the Russia investigation, but legal experts warn that it could backfire by making it harder for them to avoid testifying.

Under the Fifth Amendment to the Constitution, Americans are protected against self-incrimination, but people who have been pardoned are no longer under any legal jeopardy, Harvard Law School Professor Laurence Tribe told TIME.

“Anyone pardoned by Trump would lose most of the 5th Amendment’s protection against compelled testimony that might otherwise have incriminated the pardoned family member or associate, making it much easier for DOJ and Congress to require such individuals to give testimony that could prove highly incriminating to Trump himself,” Tribe said in an email.

Still, that could lead to another constitutional standoff, if the recipients of the Trump pardons refused to testify before Congress. Mark Osler, a University of St. Thomas Law School professor who has written about the president’s pardon powers, said Congress might respond by holding them in contempt, leading to a second pardon.

“We could go to a second round of the abuse of the pardon power,” Osler said. “I mean if you’re willing to do it in the first place and abuse it that way I don’t see what the break would be in doing it at the second level.”

A pardon would also strip special counsel Robert Mueller of a tool that prosecutors often use to get witnesses to cooperate: the plea bargain. In exchange for cooperation and an admission of guilt, targets of an investigation can get a more lenient charge and reduced sentence.

“It takes the hammer away,” Osler said. “It would deprive Mueller of the ability to use cooperative defendants.”

Still, other legal experts said that a pardon would look bad for the president, bringing up the parallel of President Ford preemptively pardoning Richard Nixon for his involvement in the Watergate scandal.

“I don’t know if he would want to do that because that could suggest guilt exists,” said Yale Law School Professor Cristina Rodríguez. “So, politically and strategically it would not be good for anyone involved.”

So would pardons be a strategic move for the President? Osler says that in the long run, it will catch up with Trump.

“I think it’s playing chess thinking one move ahead,” he said. “And I think Robert Mueller thinks three and four moves ahead. The legal minds on the Mueller team have considered this long ago.” 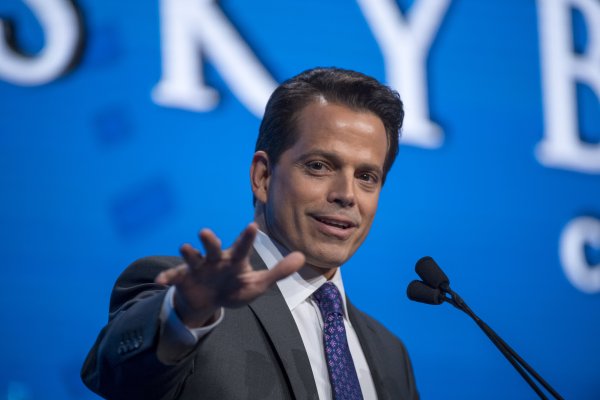 Anthony Scaramucci Called President Trump a 'Hack.' Now He’s Working for Him
Next Up: Editor's Pick