U.S. passengers queue at a check-in area on March 22, 2017 at the Ataturk International Airport in Istanbul.
OZAN KOSE—AFP/Getty Images
By Abigail Abrams

The U.S. has officially ended the laptop ban.

Customers flying to the United States from airports in Muslim-majority countries affected by the ban can once again bring their laptops and other electronic devices on board, the New York Times reports.

The Trump administration enacted the ban in March, citing concerns that terrorists could use portable electronic devices to set off bombs during flights. Since then, the airlines and airports under the ban complied with the Department of Homeland Security’s new standards, allowing the agency to lift the ban.

The ban initially applied to 10 airports in Jordan, Egypt, Turkey, Saudi Arabia, Kuwait, Morocco, Qatar and the United Arab Emirates. It forced passengers to put any devices larger than a cell phone in their checked baggage, and travel analysts predicted the policy could hurt the number of people willing to travel from the affected countries to the U.S.

But last month, Homeland Security Secretary John Kelly announced new security standards for airlines flying to the U.S. More than 280 airports changed their practices to comply with the standards, which included demonstrating that they could screen passengers for small amounts of explosives, according to the Times.

In the past few weeks, several airlines have announced that they met the new rules and were removed from the list of banned carriers. There are other rules airlines will need to meet this fall, which Homeland Security officials have said are aimed at improving overall security.

“We are raising aviation security as opposed to just going after one single threat,” Kelly said at an event in Colorado, according to the Times. 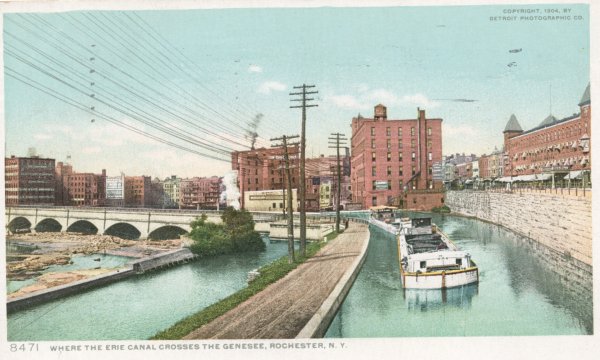 6 Surprising Facts About the Erie Canal on Its 200th Birthday
Next Up: Editor's Pick