War With the Klingons Is Imminent in Epic New Star Trek: Discovery Trailer

The new trailer for Star Trek: Discovery, dropped at Comic-Con in San Diego, is out of this world. In this show, the Federation is steeped in a Cold War of sorts with the Klingons.

In the clip, Lt. Commander Michael Burnham (Sonequa Martin-Green) says: “All life is born from chaos. The world doesn’t always adhere to logic. Sometimes down is up. And sometimes when you’re lost, you’re found.”

The trailer also teased a look at the invention of warp drive. Fans also got their first look at The Office’s Rainn Wilson as character Harry Mudd.

The show will take place before the events of the original Star Trek and return to the classic antagonists of the series. Michelle Yeoh will star alongside Martin-Green.

The show will premiere Sept. 24 on CBS before moving to CBS All Access, the network’s online streaming service. 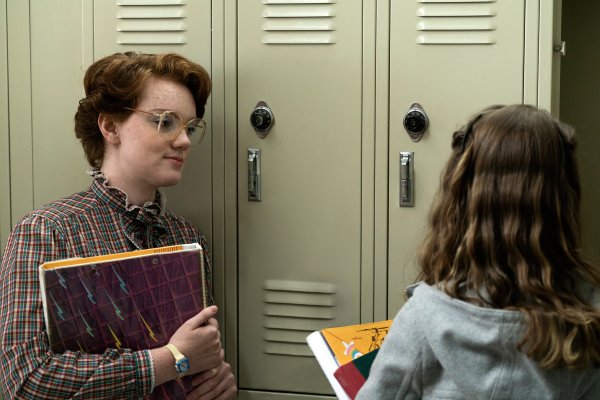 Barb Is Still Dead on Stranger Things. But She Showed Up at Comic-Con Anyway
Next Up: Editor's Pick