An AT&T logo is displayed on a truck.
Tim Boyle—Getty Images
By Alexia Fernandez / People

A Hialeah, Florida man took matters into his own hands to remove AT&T workers from his property on Wednesday.

Jorge Jove, a 64-year-old retired Miami-Dade firefighter, shot the tires of two AT&T trucks, as seen in video captured of the incident and posted on Twitter.

Hialeah Police Sgt. Carl Zogby told WSVN that Jove was “upset that the trucks were parked in front of his house” and that he “asked them to move.”

The workers told Jove they’d move in a few minutes, Zogby told WSVN, but that didn’t satisfy the homeowner.

“They said, ‘We’ll move in a few minutes. We’re just working on the poles. We’re supposed to be here,’” Zogby said. “He went back into his house, came out a few moments later with a gun and started firing at both AT&T trucks that were on the scene.”

In the video capturing Jove shooting at the tires of both trucks, a voice can be heard describing the incident to police, WSVN reported.

No injuries were reported.

Jove was taken into custody and questioned.

Zogby told the outlet Jove “flattened their tires, he shot into the bodies of the trucks, he shot at one of the radiators of the trucks. We’re trying to determine now whether he was actually intentionally trying to shoot the workers or just shoot the vehicles.”

“He seemed to be a quiet man, and something made him snap today,” he said.

AT&T released a statement obtained by WSVN that read, “We’re grateful nobody was hurt, and we’re working with law enforcement in their investigation. Because there’s an active investigation, I need to refer you to them for any questions.” 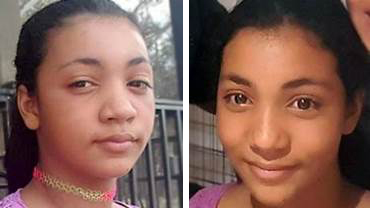 13-Year-Old Florida Girl Found Dead Days After Vanishing as Police Search for Her Killer
Next Up: Editor's Pick