The new head of the World Food Programme (WFP) David Beasley attends a press conference about an updated aid appeal for South Sudan on May 15, 2017 at the United Nations Office in Geneva.
Fabrice Coffrini—AFP/Getty Images
By Jack Brewster

A former Republican governor is asking Congress to step up U.S. funding to fight what some are calling the worst humanitarian crisis since 1945: four simultaneous famines.

On Tuesday, former South Carolina Gov. David Beasley, who now serves as head of the World Food Programme, testified about the massive food shortages brought on by drought and war that are endangering the lives of more than 20 million people in South Sudan, Somalia, Yemen and Nigeria.

A non-profit, food assistance branch of the United Nations, the World Food Programme provides food to around 80 million people in 80 countries every year, making it the leading food-aid organization in the world today. The U.S. government provides a bulk of the group’s funding–around 30 percent–and is likely going to give more in this year’s budget.

But, overall, the organization has less than half of the funds required to fight the four famines, Beasley says.

TIME recently spoke with Beasley about his agency’s work, the extent of the food problem, and why funding the program is in a country’s national security interest.

TIME: Why has the food shortage crisis gotten so bad?

Beasley: Thirty years ago it wasn’t a problem but today it’s an extreme problem. Out of 13 of our most expensive areas of operation, 10 are man-made conflict areas. Somalia, Yemen, Syria, Iraq, the list goes on and on. We are seeing it in unprecedented proportions today because the extremists don’t operate under the standard rules of engagement as everyone knows. So they will use any device they can to create instability and to recruit for their cause. Many men and women get recruited [by terrorist groups] because they want to feed their children even though they don’t want to.

TIME: Why do you think people are generally unaware of this major problem?

Well I think they’re becoming aware. But I think in the last year–much of but not totally–has been such a distraction from what we’re facing: Brexit, Trump, Le Pen, these sort of unusual political dynamics. Historically, there’s been more of a balanced dissemination of information and more coverage of these kind of issues. A lot of it is just awareness. And that’s what I’m trying to do—sensitize the American people and people around the world.

TIME: At a time when domestic budgets are strained, how do you make the case to lawmakers to send aid overseas?

I make the case that it’s in the United States’ national security interest to fund the World Food Programme. We’re the first line of defense against terrorism. If you want to spend extraordinary amounts of money on military operations then hey, cut the World Food Programme. These countries are recruitment grounds and the extremists and terrorists take advantage of the unstable conditions and use food as a weapon.

TIME: Should the United States be doing more to help the food crisis?

I think everybody needs to do more right now. The United States is doing more. And since the United States is steeping up it gives me a strong voice to say the United States is stepping up so you should step up more too. The Germans are stepping up more, and the European Union has been stepping up even though I think they could be doing more. But there’s several countries that are doing almost nothing that should be doing a lot. Saudi Arabia is one country. The Saudis ought to be funding all of the humanitarian aid in Yemen. We are literally getting almost nothing from the Saudis. We’re talking about extremely wealthy countries that are virtually doing nothing to help the humanitarian cause. We’re virtually getting nothing from the [Gulf Cooperation Council] states for humanitarian aid for conflicts in their own area. They need to be doing more. 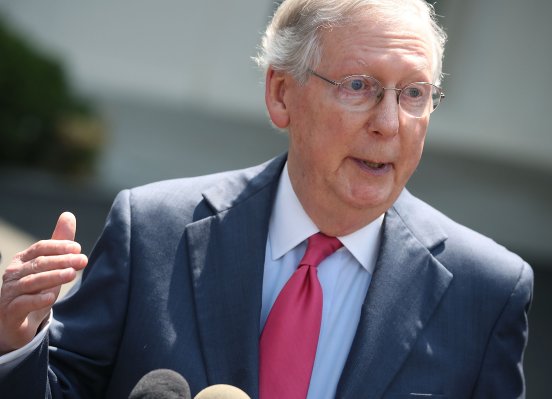