Education Secretary Betsy DeVos speaks with the media after a series of listening sessions about campus sexual violence on July 13, 2017, in Washington, D.C.
Alex Brandon—AP
By Katie Reilly

Twenty state attorneys general sent a letter to Education Secretary Betsy DeVos on Wednesday, urging her not to roll back Obama-era guidance that added protections for victims of campus sexual assault.

The letter — sent by Democratic attorneys general — came a week after DeVos held meetings with a variety of advocacy groups on the topic of campus sexual assault. DeVos met with sexual assault victims, who urged her to keep the guidance in place, as well as advocates for people who have been falsely accused, who argued that the current process is one-sided and needs to be reformed.

In remarks after the meetings last week, DeVos suggested that changes were necessary, saying “this is an issue we’re not getting right,” but she did not elaborate on specific plans.

The controversial guidance issued by the Office for Civil Rights under Obama in 2011 told universities they were obligated to combat sexual assault and harassment under Title IX, a federal law that prohibits sex discrimination in education. The guidance also established a requirement that college disciplinary proceedings rely on a preponderance of evidence when adjudicating cases of sexual assault — a lower burden of proof than is required in criminal courts.

“While we recognize that there is a great deal more that can be done to protect students and agree on the importance of ensuring that investigations are conducted fairly, a rushed, poorly-considered effort to roll back current policies sends precisely the wrong message to all students,” the letter said. “Yet there is every indication that is exactly the approach your Department is taking.”

The attorneys general also raised concerns about recent comments by Candice Jackson, an education official who said 90% of campus sexual assault accusations “fall into the category of ‘we were both drunk.'” Jackson has since apologized, but the comments led Democratic Senators to call for her removal.

DeVos defended Jackson in a statement this week and said the remarks “did not reflect Candice’s position and values.” “Candice is a valuable part of the Administration and an unwavering advocate for the civil rights of all students,” DeVos said. 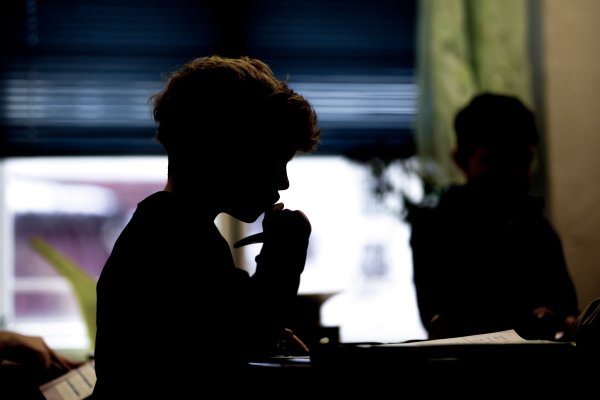 A Florida School District Is Eliminating Homework
Next Up: Editor's Pick