The Vice President turned climate-change activist talks about his new movie, disappointment with Donald Trump and escaping on his redneck yacht

Why release An Inconvenient Sequel now?

Ten years after the first movie seemed like an appropriate time to check in on what’s changed–and as it turned out, a lot has changed. The climate-related extreme weather events are unfortunately way more frequent and way more destructive, but solutions are available now. In a growing number of regions, the electricity from solar and wind is now cheaper than electricity from burning fossil fuels.

You met with President Trump after his election. Have you been disappointed by what you’ve seen since?

I’ve certainly been disappointed. I really thought there was a chance he would come to his senses and keep the U.S. in the Paris Agreement. I was wrong. But I’ve been gratified that the entire rest of the world has redoubled its commitment, and within this country so many governors and mayors and business leaders have stepped up to say, “We’re still in.” If President Trump refuses to lead, the American people will.

Is the Paris Agreement Trump’s most significant decision on the climate?

In every area of policy that affects the climate, President Trump has surrounded himself with a rogues’ gallery of climate deniers. And they appear to be intent on doing almost everything they can to destroy a sensible climate policy.

Trump defeated his opponent while losing the popular vote. You faced a similar circumstance. Do you think the U.S. should get rid of the Electoral College?

Even after the 2000 election and the Supreme Court decision that determined the outcome, I continued to support the founders’ design that included an Electoral College. But with changing circumstances, it would now be much better for our country to adopt a popular vote for determining the outcome of presidential elections.

Is there a lesser-known innovation to address climate change that you’re most excited about?

Converting my farm in Tennessee to a carbon-sequestering farm without any insecticides or pesticides or GMOs. It’s a small farm and a small effort, but I see a lot of my neighbors and a lot of farmers around the world beginning to switch to these techniques.

What’s the best way for one person to make a difference?

The first thing is to learn about the issue. The second thing to do is to win the conversation about climate. The conversations about who we are as a people precede changes in laws and policies. Third, when you go into stores, when you participate in the marketplace, make choices in favor of the environment-friendly and climate-friendly options. And finally, be active in the political process. Don’t be shy about your role in our democracy.

You’re hopeful. How do you stay that way?

Anybody that deals with the climate crisis and the solutions to the climate crisis inevitably has an internal dialogue between hope and despair. I guess after 40 years of working on this, it has become a little bit easier to put some of the events that unfold day to day and year to year in perspective.

Do you ever take a step back and say, “I need to take a day, a week, even a month to not think about this one problem”?

I am not sure that I can say in all honesty that there has been a day where it didn’t occupy my thoughts to some extent, but I like to get away with family and friends. I just took a whole week in Center Hill Lake near my farm in Tennessee. I have a houseboat–I call it my redneck yacht. 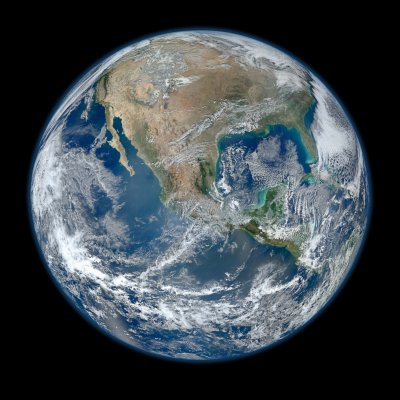 To Save the World, Start Small
Next Up: Editor's Pick