Robert Redford: To Save the World, Start Small

NASA/NOAA/GSFC/Suomi NPP/VIIRS/Norman Kuring
Ideas
By Robert Redford
Redford is an actor, a director, a trustee of the Natural Resources Defense Council and co-founder of The Redford Center.

It’s hard to know at times what the big story is. In a 24/7-news society — and with an Administration that lurches from one controversy to another — it’s easy to get distracted by the story of the moment and ignore the story of the month. Or the year. Or the decade.

Consider the recent G20 Summit meeting. Much was made of the protests in the streets and the tensions between Donald Trump and the leaders of the other 19 nations. Under-reported was something deemed all but impossible for decades: A global climate agreement was cemented with no leadership from the United States. The other 19 countries all reaffirmed their participation in the Paris Climate Accord. Even a few years ago, people would have thought a global climate agreement without U.S. participation was a joke.

Though our government won’t be participating in the Paris agreement, most of our citizens don’t support the withdrawal. A majority of Americans believe that our climate is changing and that we should do something about it. There is much made of the “debate” about climate change. But the scientific, insurance, financial, academic and military communities have all moved on from Is this happening? to How are we going to adapt?

And: Who are the leaders we can look to? As global citizens, we can certainly applaud the leaders who are sticking with the Paris Accord and support them in any way we can. But domestically, too often we look — futilely — to the federal level. Meanwhile, in more and more places in America, the answer is right next to us. For decades, the local representatives in our cities, towns and neighborhoods have been on the front lines of our nation’s effort to stem the tide of climate change.

We will need them. Washington, D.C., has no leadership to offer. The economic argument the Trump Administration is offering is not even true anymore. Our choice is no longer the economy vs. the environment. It is now the economy and the environment. Addressing climate change will help both. Ignoring it risks both.

This is not a revelation in many of our cities and towns. There, the idea that climate change is “political” is dissolving. If you are the mayor of a coastal town that now floods regularly or a farming town that just experienced several “once-in-a-hundred-years” droughts within a couple years, politics is the furthest thing from your mind.

This shouldn’t come as a surprise. Mayors are usually our most direct connection to government. They see the immediate ways in which our communities are threatened and reinvented. Fighting climate change can be opportunity for such reinvention.

Clean energy is officially a growth industry in America. It’s providing good jobs that can put people to work and revitalize American manufacturing, in “blue” and “red” states.”

Mayors and other local leaders are working together to support the Paris agreement, too. We’re Still In, led by Mayor Michael Bloomberg and Mayor Eric Garcetti, seeks to keep the commitments we made to the Paris Agreement, even though we’re no longer participating as a nation.

We can radically transform our society. It is doable. If you want to help, find out what your town, city or state is doing about climate change and support positive steps. Learn about the statements and actions of corporations, and support those doing the right thing. Better yet, run for office — and start local. 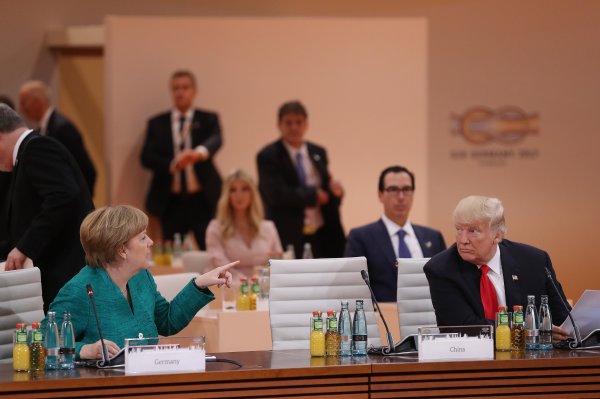 Trump Prompted G20 Climate Statement on Paris Accord
Next Up: Editor's Pick