O.J. Simpson Could Be Granted Parole Today. Watch His Hearing

O.J. Simpson will find out at a parole hearing Thursday whether he will be freed soon.

Simpson, now 70, has served eight years for armed robbery, kidnapping, and other charges for his role in a 2007 attempt to steal sports memorabilia that Simpson said belonged to him.

Simpson was sentenced to 33 years in prison in 2008. But he is nearing his nine-year minimum sentence, which he’s currently serving at Nevada’s Lovelock Correctional Center.

The former football player is scheduled to meet with four parole board members through a video teleconference Thursday at 10 a.m. Factors that the parole board will consider include include Simpson’s age, prior convictions, the nature of the crime and possible plans after release.

Simpson has no prior felonies, though a 1995 case for the murder of Simpson’s ex-wife Nicole Brown Simpson and her friend Ronald Goldman was dubbed “The Trial of the Century.” Simpson was acquitted on all counts. 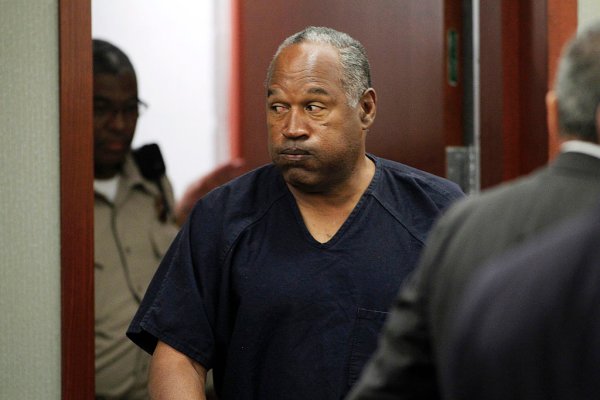 What to Know About O.J. Simpson’s Parole Hearing As He Could Be Freed
Next Up: Editor's Pick