President Trump repeated his unfounded allegations of widespread voter fraud Wednesday, and suggested that states not cooperating with his election integrity commission because of their own laws may be somehow involved in untoward electoral behavior.

Addressing the opening of the Presidential Advisory Commission on Election Integrity, Trump questioned why dozens of states have rejected or rejected in part requests for voter data by the commission. “What are they worried about,” Trump said of the states. “There’s something. There always is.”

The allegation came moments after the commission chairman, Vice President Mike Pence, told the assembled reporters that the commission “has no preconceived notions or preordained results.”

Trump launched the commission earlier this year to investigate his claims of millions of illegal votes in the 2016 election that he alleges deprived him of a popular vote victory. Providing no evidence, Trump again suggested there were irregularities “having to do with very large numbers of people in certain states.” Such claims have been resoundingly rejected by bipartisan state elections officials in the months since Trump first raised them.

While Pence repeated his pledge to to take an unbiased approach—”The president has charged us to pursue the facts,” he said—the commission’s composition and commissioners’ opening remarks suggested there were plenty of predetermined notions. Kansas Secretary of State Kris Kobach, who has promoted the idea that there is widespread nationwide voter fraud, serves as the commission’s vice chairman. In his opening remarks, Kobach cited a disputed 2014 Rasmussen survey that only 40 percent of voters believe American elections are fair. Others on the seven-Republican and five-Democrat commission include Ken Blackwell and Hans von Spakovsky, who have also alleged widespread voter fraud is taking place in the American system.

The commission has been the subject of public scrutiny since before it was announced, and came under fire when it requested voter data from states, including Social Security numbers and voting history information. Most states, including GOP states, said they could or would not comply with some or all of the requests, citing concerns for voter privacy and state laws. The commission also faced a backlash after releasing personal information on private citizens who provided feedback in recent weeks.

Several of the commission members criticized the media for highlighting voter privacy concerns and raising questions about the commission’s mission.

The commission is seeking the date to find instances of double-voting, voting by ineligible individuals, or multiple voter registrations—the latter a common issue as people often move between precincts or states.

Academic studies show instances of voter fraud are very rare and aren’t conducted on a broad scale. New Hampshire Secretary of State Bill Gardner, highlighted instances of narrow elections decided in ties or by a handful of votes over his decades-long career. “I am a witness that every vote maters and that there doesn’t need to be massive voter fraud to sway the outcome,” he told the commission.

The commission’s meeting was streamed online but closed to the public, which critics contend violates the Federal Advisory Committee Act, and White House officials filled the majority of seats in the room with interns. 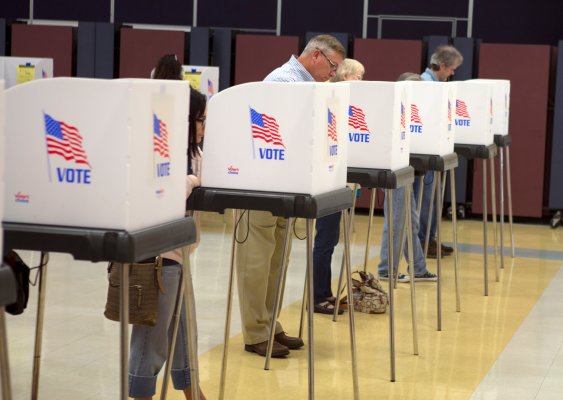