In the ultimate test of man-versus-beast, Michael Phelps, the world’s most decorated Olympic champion, is about to swim a 100 meter race against a Great White shark. The event will be broadcast on the Discovery Channel on July 23.

The contest isn’t exactly fair. Great Whites can torpedo along at speeds exceeding 25 miles per hour, but Phelps tops out around six. So to avoid a mercy loss, Phelps will wear a monofin, a type of flipper that could boost his speed by a few miles per hour. (This kind of advantage isn’t unprecedented. In 1936, famed Olympic runner Jesse Owens raced a horse in a 100-yard dash and won thanks in part to a 40-yard handicap).

Why is Phelps swimming against a shark? The event kicks off Discovery’s annual Shark Week. But it also turns out that Great Whites make a decent racing representative for the overall aquatic world. Even seafaring species that have a reputation for being slow compared to others of their kin would leave human swimmers eating their bubbles.

Take the squid, for example, which gets around by gently pulsing through the water. It can put the pedal to the metal, particularly if it’s under attack. One recent measurement from Stanford University recorded a Humboldt squid moving at about 22 miles per hour. The Leatherback sea turtle, which lumbers across land weighing up to 1,000 lbs., has been clocked swimming at over 20 miles per hour, thanks to its enormous front flippers. And even penguins, which walk about as fast as a human toddler, are three times faster than Phelps in the water.

There aren’t many marine animals that would make for a tight race against Phelps. But one possible contender is the Right whale. (In a recent interview with Entertainment Weekly, Phelps coincidentally expressed interest in swimming with whales, though he seems to have his heart set on Orcas.) Bulky and front-heavy, the Right whale was aggressively hunted in the 19th century in part because it can’t make a fast escape. Right whales have rarely been recorded moving more than five or six miles per hour, so Phelps might not have to wear a monofin to be a contender. But he would need to act soon, as there are fewer than 500 of the species left in the North Atlantic. 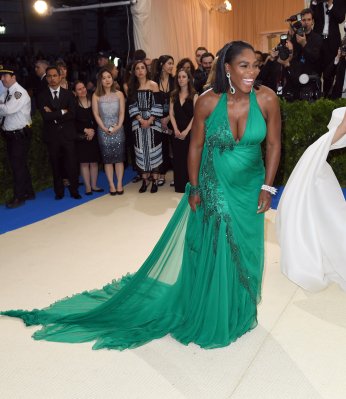