New Jersey Gov. Chris Christie was booed by fans at a New York Mets baseball game on Tuesday night, after catching a foul ball in the stands.

Christie was watching the Mets play a home game against the St. Louis Cardinals when he made the catch. He gave the ball to a kid nearby, but that failed to stop the booing.

“Nice to see him get from the beach here to the ballpark,” Cardinals’ play-by-play announcer Dan McLaughlin said, according NJ.com, referencing Christie’s visit earlier this month to a state beach that he had closed to the public in the midst of a government shutdown in New Jersey. Photos captured the Governor sitting with friends and family members on an otherwise deserted beach during the 4th of July holiday weekend.

Even before that incident, a Quinnipiac University poll found that only 15% of New Jersey voters approved of Christie — a rating that made him the most unpopular governor in any state in 20 years. 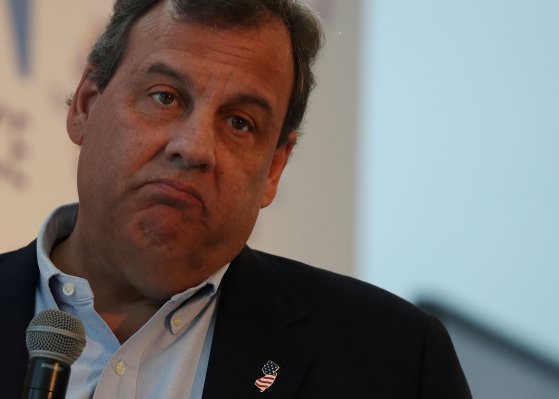