During Barack Obama’s time in the Oval Office, comedian Keegan-Michael Key imagined how the former president might have really been feeling beneath his composed exterior with Luther, an “anger translator” for Obama. Now, it appears that Luther has come out of retirement to share his feelings about President Donald Trump and his new administration.

During an appearance on The Late Show with Stephen Colbert, Key revived Luther to translate Obama’s comments about the Trump administration, starting with the Republican’s proposed healthcare plan.

“C’mon, people! Trump care? More like Trump don’t care!” he said as Luther. “I would say you people make me sick, but I can’t afford that, because I wouldn’t have no damn insurance.”

Luther also translated Obama’s assertion that “in this new world we live in we can’t isolate ourselves we can’t hide behind a wall” into “I spent eight years tearing down walls, and [he] wants to put them back up,” before closing with the sentiment that “Obama still needs me, so I am back!”

It appears that Colbert’s audience needed Luther’s emotional catharsis as much as Obama does. 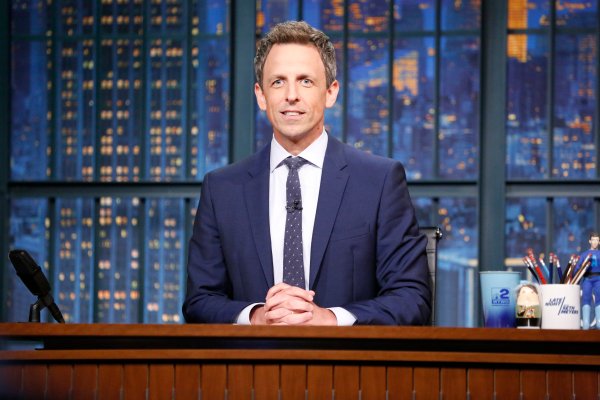 Seth Meyers on Trump's EPA Head: 'Like a Rat With a Clipboard Being a New York Food Inspector'
Next Up: Editor's Pick