Warning: There are spoilers ahead for those who haven’t watched the first episode of season three, The Rickshank Rickdemption.

It’s been nearly two years since the second season of Rick and Morty ended, and a lot has changed since then.

Co-creators Dan Harmon and Justin Roiland surprised fans by debuting the first episode of the new season on April Fool’s Day, providing a glimpse at the Earth the Smith family returned to after briefly fleeing the planet to hide from the alien government. We learn a lot in episode one: Rick once again fools his alien captors and manages to escape from Galactic prison, the Galactic Federation now polices an Earth overrun with alien tourists, Beth and Jerry’s toxic marriage finally crumbles, and a crazed, Szechuan sauce-obsessed Rick essentially threatens Morty to stay out of his way.

The more than three month gap between the first episode’s unexpected premiere and the full season rollout has given fans plenty to speculate about. Harmon recently spoke with TIME about what to expect when the show returns on July 30.

Earth will return to normal.

In the first episode of season three, we learn that the Galactic Federation has taken over the Earthly dimension that the Smith family lives in. Humans are forced to replace their meals with pills, while Beth and Morty have seemingly given up hope that Rick will ever return. Jerry, meanwhile, is merrily moving up in his new job, which the alien government assigned to him. We see this reality start to crumble near the end of the episode after Rick destroys the galactic economy. According to Harmon, we can expect Earth to feel familiar again moving forward:

The plot will focus more on Beth.

Near the end of the episode Jerry confronts Beth with an ultimatum: it’s him or Rick. Beth chooses to divorce Jerry, which Harmon says provided more opportunity to develop Beth’s character:

Jerry will still be a big part of the show.

But their separation doesn’t mean Jerry is going away:

Things will get dark, but it won’t stray from the series’ usual tone.

In the closing scene of episode one, Rick pulls Morty aside and essentially bullies him into remaining loyal. He warns Morty that their adventures will only get darker, confessing that he made both Morty’s dad and the government “go away” ultimately because they got in his way. It’s a sinister way to end the episode, but Harmon says the dark events that ensue in season three may not top what the show’s already done.

The first two seasons of Rick and Morty saw cameos from celebrities such as Last Week Tonight’s John Oliver, The Late Show’s Stephen Colbert, Flight of the Conchords‘ Jemaine Clement, and Arrested Development‘s David Cross. Harmon says stars such as Susan Sarandon, Joel McHale, Gillian Jacobs, and Christian Slater have all lent their voices to characters in season three.

The season will be shorter than originally planned.

The creators had originally planned 14 episodes for season three. “Part of our slowness meant we did less episodes than we were supposed to do,” Harmon says.

There won’t be another Interdimensional Cable sequel in season three.

Seasons one and two both included episodes that featured snippets of TV shows and commercials from cable channels airing in other dimensions within the universe. That won’t be the case for season three, but Harmon teased something else to look forward to:

There will be a Mad Max-themed episode.

Rick and Morty episodes are loaded cultural references from movies, books, and television shows, which range from painfully obvious to the vague and obscure. Harmon didn’t say much about what parodies may be in store for season three, other than that there will be a Mad Max-esque episode homaging George Miller, as teased in the season three trailer. 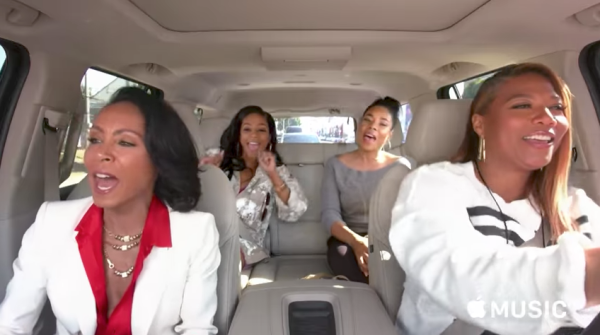 Review: Girls Trip Is the Funniest, Raunchiest Movie of the Summer
Next Up: Editor's Pick