“Actually, our good friend Amy Poehler was the one who pointed it out to me lately,” Rudolph told Meyers about her one main trick to getting Ivanka’s speaking patterns down pat, which is predicated off of an interview Trump gave to Fox & Friends in which she noted she tries to “stay out of politics.” Poehler noticed there’s “a lot of whispering going on,” Rudolph said, launching into the impression.

“I noticed she was like, through her teeth, like she kind of talks like she has a sexy secret,” endeavoring to mimick Ivanka’s cadence. “She’s like always talking like she works in a lingerie store a little bit. Like, if you want to get the matching panties, you can get them, but they’re $14.95,’” she continued.

“It’s fun to have someone around who has a sexy secret,” Meyers countered.

Rudolph is currently on the talk show circuit as part of press for the upcoming The Emoji Movie with Patrick Stewart, in which she voices the character of the “Smiler” face. The animated movie is out July 28. 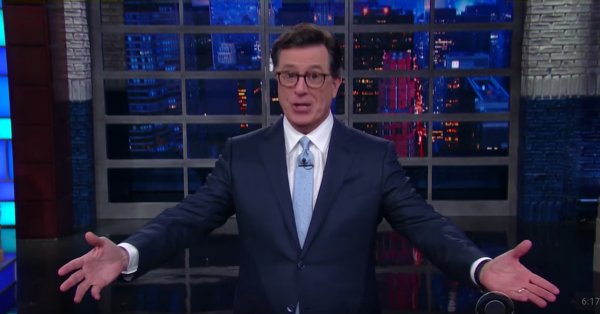 Stephen Colbert Reported for Duty From Russia With the Russian Collusion Jokes
Next Up: Editor's Pick