Today, the Texas legislature will begin a 30-day Special Session called by our Governor Greg Abbott. On the agenda are 20 legislative items, most of which take dead aim at the freedom and liberties of everyday Texans. Three of those proposals seek to levy even further attacks on women’s access to reproductive healthcare.

Many people around the country are aware of the battle that was waged in Texas around abortion in 2013 — a battle that went all the way to the U.S. Supreme Court, resulting in a victory for women’s access to abortion and a loss to the ardently anti-abortion legislators of Texas. But what many don’t know is that two years earlier, in 2011, the Republican-controlled Texas legislature voted to cut funding for family planning, well women care, cancer screenings and care for sexually transmitted infections by 66 percent. That action resulted in the closing of 82 clinics — only about one-third of which were affiliated with Planned Parenthood — and left the women they served with little or no alternatives.

From 2010 to 2014, Texas’s maternal mortality rate doubled, according to a study published in the journal Obstetrics and Gynecology. Those statistics make us the ignoble leader in maternal death rates not just in the U.S., but also in the entire developed world. And yet all the Governor has managed in response is to only add a single item to the special legislative session that would extend the term of a task force assigned with figuring out why these deaths are occurring. Meanwhile, that task force has already made an imperative recommendation to extend the Medicaid coverage currently offered to new mothers from 60 days post-delivery to one year post-delivery — but that recommendation has been roundly ignored by the legislature.

When speaking to groups around the country, I often say that if people want to see what the Republican version of national health care would look like in practice, look no further than Texas. Want to know what happens when you cut contraceptive care and bar access to healthcare for women who are uninsured and have no other alternatives? Want to know how things go when you refuse Medicaid expansion? Want to see the consequences of denying women maternity care coverage through government or private insurer health care programs? Texas has some very alarming answers for you.

In Texas, 600 women died of pregnancy-related causes between 2010 and 2014, according to Obstetrics and Gynecology study. The babies that some politicians claim to be so concerned about are now without mothers. The women who gave birth to them had hopes and dreams for themselves and their families. And now, because lawmakers have ignored the reality of their health care needs, they’ve lost their lives. Unsurprisingly, low-income women of color are disproportionately represented in their ranks.

To lawmakers on Capitol Hill: As you decide your next move after the defeat of the GOP’s bill to repeal and replace the Affordable Care Act, please learn from Texas, where we host the highest rate of uninsured people in the country, where our Governor has refused to expand Medicaid and where women who are covered by Medicaid are left without insurance only two months after giving birth.

To concerned citizens across the country: First, if you have Medicaid expansion in your state, fight like hell to keep it. Second, if Medicaid covers maternal care in your state, make sure it covers mothers for a full year post-delivery. One in six mothers in the state suffers from postpartum depression and half the cases go untreated or undiagnosed. More than 60% of maternal deaths in the state happen six weeks or more after delivery. These alarming statistics make it even more critical that we extend coverage to mothers beyond 60 days so they — and their babies — can get the care they need.

Third, fight, with everything you’ve got. Call your lawmakers to make it clear just how devastating such legislation will be to you and your family — a method that contributed, in part, to the defeat of the Senate healthcare bill. Make it clear that any and all efforts to defund the valuable and irreplaceable non-abortion care offered by women’s health providers in your state and across this country.

Do not risk my state’s fate. We’ve seen again and again in Texas that when that care is lost, so are lives.

Wendy Davis is a former Texas State Senator and the founder of Deeds Not Words. 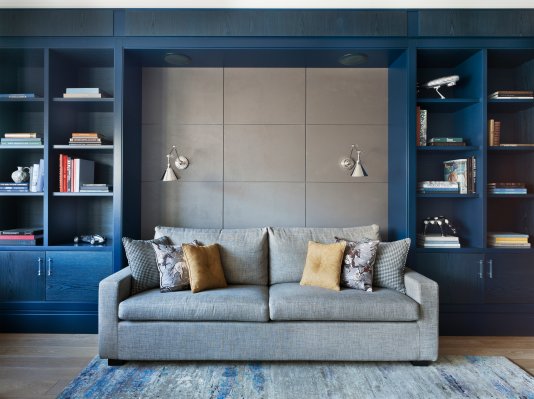 Pro-Organizers Share Their Best Decluttering Tips
Next Up: Editor's Pick