Review: The 2DS XL Is the Dedicated Nintendo Handheld to Get

Nintendo; Photo Illustration by TIME
By Matt Peckham
Each product we feature has been independently selected and reviewed by our editorial team. If you make a purchase using the links included, we may earn commission.

The New Nintendo 2DS XL, still as much of a mouthful as the New Nintendo 3DS XL, doesn’t do 3D. It’s a member of the 3DS family per Nintendo’s rubric, but won’t trick brains into believing they’re peering into a beguiling, pint-sized shadow box without special eyewear. When it arrives on July 28, it will offer everything the New 3DS XL does for less — minus a dimension.

This makes it an exemplary entry at the mid-tier of Nintendo’s family of quirky two-screen gaming portables. It’s more spacious than the $79.99 slate style 2DS, yet smaller and about 2 ounces lighter than the 11.6-ounce $199.99 New 3DS XL. At $149.99, you can almost squint and see it as a New 3DS XL price cut.

It’s also unlike the New 3DS XL in ways that transcend pricing. Its aqua-and-black edging comes together the way a clamshell should, protecting the screens and buttons in transit with a cleaner seal than the New 3DS XL’s wider bullnose-edged gap. The memory card and game cartridge slots are positioned behind a durable bottom-side hatch you pry open with a fingernail, instead of locked behind the rear casing secured with tiny Philips screws or completely unprotected. And where the New 3DS XL’s upper screen surround is crowded with tiny bumps, holes, sliders and engravings, the New 2DS XL’s upper area is a comparably elegant and uninterrupted piece of plastic, like a smartphone turned sideways without buttons, speakers or cameras.

The New 2DS XL’s bottom half is likewise unbothered by awkward or oddly placed features. The microphone resides in the hinge instead of along the unit’s bottom, as does the camera. And the Home button, which sits a full centimeter below the D-pad instead of a few millimeters beneath the touch-sensitive lower screen, is slightly raised instead of recessed, making it easier to find and push without looking.

This is the 3DS — I mean 2DS — to get, in other words. So long as you don’t care about 3D, which I suspect most won’t, assuming the sharp decline in consumer interest at movie theaters is any sort of bellwether. Impressed as I was with the New 3DS XL’s view-tracking sensor, which stabilizes the device’s algorithmic 3D wizardry when your eyes move, I rarely play a game with the effect on. Removing it must have been liberating for the engineering team, and their design deftness shows.

Not that the New 2DS XL is beyond reproach. The righthand C-stick, a pencil-eraser-style control nub introduced with the New Nintendo 3DS, feels gummy after playing with the Nintendo Switch’s raised and matching joysticks. The hinge still wiggles more than I’d like, perhaps a consequence of supporting two fixed positions when opened. And the screens themselves, though competent, are low-resolution enough (400-by-240 top, 320-by-240 bottom) that geometrically complex games like Xenoblade Chronicles 3D, Dragon Quest VIII and Monster Hunter 4 Ultimate are starting to feel pretty creaky after spending time with razor-sharp mobile fare like Super Mario Run or Fire Emblem Heroes on a smartphone, to say nothing of stuff like The Legend of Zelda: Breath of the Wild or Mario Kart 8 Deluxe on the Switch. Clearer, sharper imagery crunched by moderately more powerful hardware would be a godsend in a future device.

Isn’t that future gizmo the Switch? Not so fast. The 3DS family is closing on a big milestone: 70 million units sold worldwide. Yes, that’s less than half the Nintendo DS’s lifetime sales, but context matters. Gaming’s big-three-television days are behind us, disrupted by multiplex mobile devices and piecemeal content-gobbling. Consider Sony’s record-holding PlayStation 2, which sold over 155 million units between 2000 and 2012, a figure the PlayStation 4, however bullish at 60 million units sold since its launch in 2013, probably won’t come close to touching. In 2017, 60 to 70 million in unit sales, like high single or low double digit TV show viewership, is something to crow about.

That sort of comparison tells us little about a company’s margins or overall profitability, of course. It masks other vitals like first and third party software sales (including downloadable content) and licensing deals. It obscures evolving supply chain relationships and the basic economics of scale. It reduces success to a boring (and worse, oblique) goalpost: this number higher than that one equals winning. It’s a Charlie Sheen view of the universe that engenders lazy armchair quarterbacking. Stop me if you’ve heard the one where Nintendo should jettison the 3DS so it can focus on the Switch.

Some of that’s a matter of confusion over platform roles and strengths. The Switch will never let you transit from one screen to another in a game like Hey! Pikmin, or turn itself sideways to be “read” like a book. It won’t let you track two disparate feeds simultaneously, say a 3D world stacked atop a discretely interactive 2D map, or other layers of vital, context-sensitive information. It’ll never let you customize tappable shortcuts on a touchscreen that gets your hands out of the way of the visual action. As platforms, the Switch and 3DS aren’t strictly non-overlapping magisteria, but where they converge (like that they’re each on-the-go gaming hubs) is also where they’re least interesting.

Add DS to 3DS unit sales (the two families share more DNA than they don’t) and you’re at 220 million units, 65 million more than Sony’s PlayStation 2, a figure even more remarkable given what it represents: continuous industry nonconformity. No one else makes gaming handhelds with multiple screens, and yet Nintendo’s mobile dual-screen gambit has paid dividends for over 13 years. What I’m saying is that there’s a case for two-screen gaming beyond the 3DS, irrespective of the Switch.

Whether Nintendo wants to make it in 2018 or 2019 is another matter, and I have no prescient guesses about what the company might do next. Which leaves us at the New 2DS XL and the pragmatics of what you get if you buy one now, assuming that the 3DS is at best in its autumn years, or at worst the next season over.

If you’ve yet to tinker with a 3DS, the New 2DS XL is arguably the hardware in its best light, unencumbered by a feature it was never clear the handheld needed. Assuming you agree, leaping in comes down to your interest in games like The Legend of Zelda: A Link Between Worlds, Pushmo and Crashmo, Animal Crossing: New Leaf, Super Mario 3D Land, the Fire Emblem and Monster Hunter titles, or the system’s library of virtual console titles. I’d call that stuff unmissable, but it’s ultimately a question of taste.

From there, things get murkier: Miitopia, Hey! Pikmin, Metroid: Samus Returns and Pokemon Ultra Sun and Ultra Moon look promising, but the catalogue of announced forthcoming 3DS games has slowed to a trickle. We’ve reached peak 3DS, in other words, making a New 2DS XL purchase more of a backward-looking investment. Nothing wrong with that. Whether we’ve reached peak dual-screen-gaming, on the other hand, is another matter. 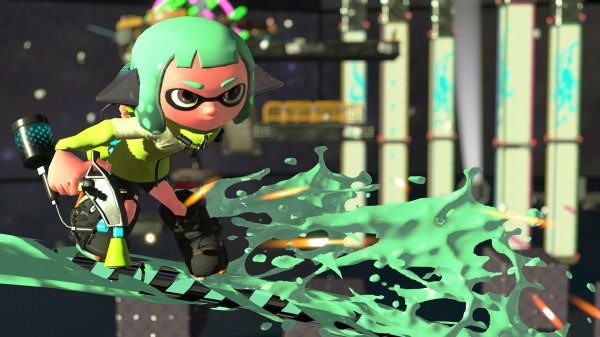 The Nintendo Switch Online App Is Out Now
Next Up: Editor's Pick