Prince William, Duke of Cambridge and Catherine, Duchess of Cambridge talk with former prisoners from the Stutthof concentration camp during an official visit to Poland and Germany on July 18, 2017 in Gdansk, Poland.
DMC—GC Images/Getty Images
By Erin Hill / People

Prince William and Princess Kate made a poignant visit to the Stutthof concentration camp in Poland on Tuesday.

Located near the small town of Sztutowo, more than 65,000 people died at Stutthof, which was the first camp set up outside German borders in September 1939, and one of the last camps liberated by the Allies in May 1945.

The royal couple, who are on day two of their five-day tour of Poland and Germany alongside Prince George and Princess Charlotte, also met with five survivors of the camp during their emotional tour.

Later in the day, they will visit the site of Gdansk’s shipyards, the birthplace of Poland’s Solidarity movement that helped topple Communist rule.

And when they arrive in Germany on Wednesday, they will tour Berlin’s Holocaust museum and memorial in the German capital.

The royal tour will “include time acknowledging the complex 20th century histories of each country,” the palace stated. “At each location Their Royal Highnesses will meet survivors of these periods, who will describe their personal experiences.”

The royal family was greeted by Polish President Andrzej Duda and the country’s First Lady Agata Kornhauser-Duda when they touched down in Warsaw on Monday. 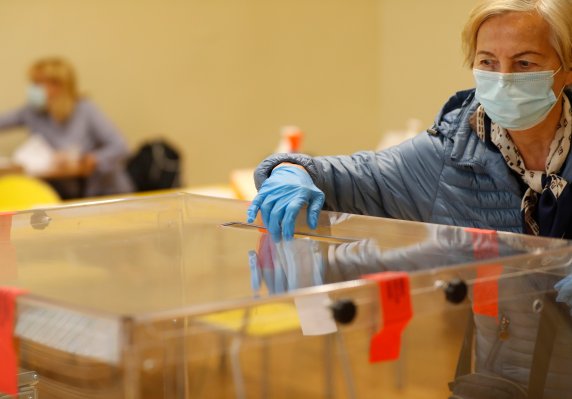