'We Spent Our Lives Searching For Them.' Couple's Frozen Bodies Found on Glacier 75 Years After Disappearance

The frozen bodies of a couple who disappeared 75 years ago have been discovered side by side on a glacier near a ski lift above the Les Diablerets resort in the Swiss alps.

Marcelin and Francine Dumoulin, who were 40 and 37 years old at the time of their disappearance, went missing after going to feed their cattle on a mountain pasture above Chandolin, on August 15, 1942. It was the first time Francine Dumoulin had accompanied her husband on such an excursion, the Swiss publication Le Matin reports.

For months after the couple’s disappearance, local villages carried out various search operations, to no avail. “One day, we had to [accept] the obvious,” the couple’s youngest daughter, Marceline Udry-Dumoulin, told Le Matin. “They were not coming back.”

Udry-Dumoulin, who is now 79 and became an orphan when she was four, said she and her six siblings spent their “whole lives” looking for their parents, “without stopping.” She told Le Matin that they hoped to give them “the funeral they deserved one day.”

“I climbed the glacier three times afterwards, always looking for them,” she said. “I kept wondering if they had suffered and what had become of them. I now have the pleasure of having answers to these questions.”

The couple’s bodies were discovered last week and their identity investigated by the Valais police. They were wearing World War II-era clothing and were said to be “perfectly preserved” in the glacier. According to Le Matin, such discoveries are becoming increasingly common as the glacier continues to melt. 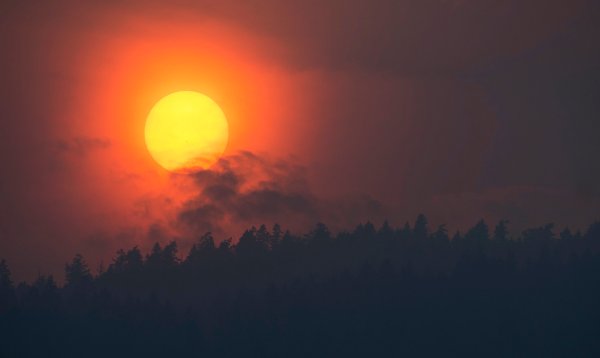 Canada Musters Army to Fight Wildfires as 39,000 Flee Homes
Next Up: Editor's Pick