About 4 in 10 Americans want to impeach President Trump, according to a new poll, more than did at this point in President Nixon’s second term.

A new Monmouth University poll found that 41% of respondents think that Trump should be impeached and made to leave office, compared to 53% who disagree. These responses were to the same question asked by the Gallup Poll in July 1973 at the beginning of the Watergate scandal. But at that time, 24% of Americans wanted to impeach Nixon, and 62% were opposed.

Some of that difference may be because of increased partisanship. In the 1973 poll, 34% of Democrats supported impeaching Nixon, compared to 70% of Democrats who want to impeach Trump today.

Other polls have also found that support for impeaching Trump is holding steady. But there are reasons to be skeptical about impeachment polls. Pollsters haven’t regularly ask about impeachment, so it’s hard to gauge exactly how respondents interpret that term. And these are national polls, but the House initiates impeachment, so polls of individual congressional districts would be a more accurate barometer. 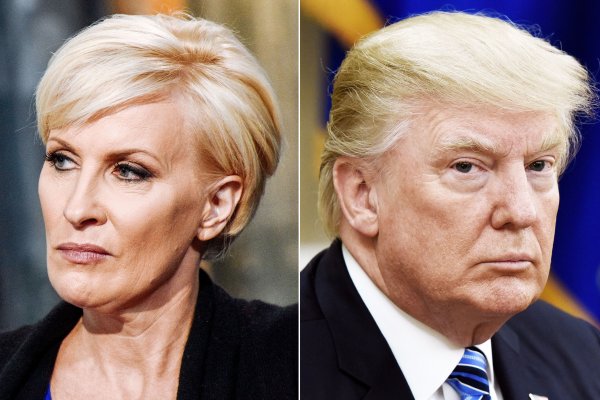 See How the Ongoing Donald Trump-Mika Brzezinski Feud Unfolded
Next Up: Editor's Pick