If Amazon Wants to Reinvent Messaging, Here's Its Biggest Challenge

Whether you’re looking to send quick texts or videos that expire after a few seconds, there’s no shortage of services available, from Facebook’s Messenger and Snap Inc.’s Snapchat to Apple’s iMessage and Google’s Allo. Amazon may be looking to add its name to that list with a novel messaging app of its own, if a new report is accurate.

According to AFTV News, Amazon has been surveying its customers about features for a new messaging service it’s calling Anytime. Images published in the report suggest the service would include broadcast features like the ability to reach all of your friends without their phone numbers or usernames, encryption for private messages, group mentions, voice and video calls, support for GIFs, stickers and emoji, and photo and video filters. The app would also allow users to participate in group games, share their location with others, listen to music, order food together, split a bill among friends and chat with businesses. (Amazon has not yet responded to a TIME request for comment.)

Based on that description, and bearing in mind that we’re deconstructing a hypothetical, Amazon’s approach sounds similar to those taken by Apple, Google and Facebook. All three have ramped up the types of services and apps that integrate with their respective messaging platforms over the past year. Last September, for instance, Apple launched an overhauled version of iMessage with its own App Store that works with services like Fandango, OpenTable and Yelp. Facebook has also gradually turned Messenger into a one-stop shop for sharing photos, sending money to friends and interacting with apps like Uber and Spotify. The report also mentions that Amazon’s app could support virtual masks for videos and photos similar to those offered by Snapchat and Facebook. These tech firms are following a trend first established by popular messaging services like LINE and WeChat, which have long tied their appeal to stickers and app integrations.

If Amazon is developing a new chat app, its biggest challenge will be luring users from established messaging platforms they’re already beholden to. Facebook Messenger is the most popular messaging app in 58 countries, including the United States and Canada, according to data from SimilarWeb, while WhatsApp is the topmost service in 107 countries, including Russia, India and most of Africa. Facebook Messenger also piggybacks off the company’s commanding global base, with 1.94 billion users each month. Apple’s iMessage has similar advantages, preinstalled on millions of iPhones. Even a company with Amazon’s brand and marketplace reach has its work cut out in a game of catchup.

That said, Amazon has its own assets it could bring to bear. It already has a broad range of developer relationships, thanks to its popular Echo line. Echo devices support 10,000 “skills,” or voice apps from companies like Uber, Dominos and Capital One. Imagine any number of these folding seamlessly into an Amazon-powered messaging service. And Amazon already has a chat feature in its Alexa app, which lets users communicate with others that have the app or own an Echo device. The Seattle-based retail giant also announced a business-oriented communication service called Chime earlier this year that could potentially factor.

Even so, squaring off with the likes of Facebook, Google and Apple this late in the game would require delivering a product that can fold some or all of those features into a service that’s dead simple to use, buzzy enough to quickly lure scads of users, then compelling enough to keep them. 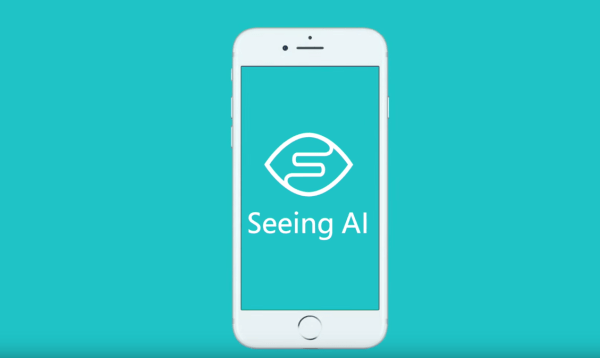 Microsoft's New App Helps Blind People See the World Around Them
Next Up: Editor's Pick