The NFL Needs to Stop Promoting a Racial Slur

A Washington Redskins helmet before the game against the New England Patriots at Gillette Stadium on November 8, 2015 in Foxboro, Massachusetts.
Maddie Meyer—Getty Images
Ideas
By Jacqueline Pata, Ray Halbritter
Pata is the Executive Director of the National Congress of American Indians; Halbritter is Oneida Indian Nation Representative; together, they lead Change the Mascot.

Here is a good rule of thumb: If your team name requires a landmark court order protecting racist hate speech, then it is a signal you should change your team’s name. Such should be the lesson of the recent United States Supreme Court ruling that federal trademarks can be registered, even if they are offensive of derogatory — a case needed by the NFL to protect the Washington, D.C., professional football team’s name. And yet in response to the ruling, the team’s billionaire owner, Dan Snyder, declared “I am THRILLED!”

At one level, Snyder’s celebration was unsurprising and illustrative: A billionaire team owner rejoiced over the fact that he gets legal protection to continue marketing, promoting and — most importantly — making money off a dictionary-defined racial slur. But at another level, the case and the team’s reaction to it provides a powerful reminder of both the National Football League’s hypocrisy — and the ways in which bigotry is turned into a for-profit enterprise.

Every major Native American organization in the country — joined by hundreds of religious and civil rights organizations, political leaders from both sides of the aisle and at various levels of government, sports icons, top journalists and news publications, and other thought leaders from all walks of life — has spoken out against the use of the epithet because of the harm it causes. Studies have repeatedly highlighted the devastating damage to self-esteem and overall mental health that exposure to this word causes for Native American children. Exposure to mascotization has also been shown to encourage discrimination and prejudice toward Native Americans by those of other races. The obligation to not use the R-word is a moral one.

Every major English dictionary describes the R-word as a derogatory way to speak about indigenous peoples. The term was used to describe the bloody scalps of Native Americans to be exchanged for a bounty. It is a term screamed at Native Americans as they were dragged at gunpoint off their lands, and it was chosen as the team’s name by one of America’s most renowned segregationists, George Preston Marshall, who was the last by a decade to integrate his team and only did so under threat of action against the organization by the federal government.

Despite that opposition and that ugly history, the team has utterly disregarded the unavoidable truth that the R-word is degrading. Instead, Snyder and his franchise have chosen to focus on whether or not they can legally get away with using this slur, irrespective of the damage and offense it causes.

Snyder’s euphoria, though, misses a key and simple point: Just because you can do something, certainly does not mean that you should.

There is a wide range of things that are legally protected in our free society, but we choose not to do them because as responsible, ethical adults we understand they are not in the best interest of ourselves, others or society as a whole. Just because the laws of our nation make it legally permissible to slur somebody and to use vile and grotesque language does not make it right.

To be sure, defenders of the name typically insist that the mockery and monetization of Native Americans are well-meaning attempts to “honor” us. Being slurred is anything but an honor. Unlike Snyder, Native Americans are not “thrilled” about continuing to see our culture and heritage mocked in the form of sports mascots.

Whether or not you agree with the recent Supreme Court from a freedom of speech standpoint, the court’s ruling — and Snyder’s response to it — has put the Washington football franchise in the proper historical context. The team now proudly stands with others, like the National Socialist Party of America and cross-burning bigots, as famous voices of bigotry who needed landmark court decisions to spread their hate. From this point forward, whenever neo-Nazis, white supremacists, discriminatory organizations or any citizen who is fine with using bigoted and harmful rhetoric wants to protect and trademark their hate speech, Washington, D.C.,’s NFL team will serve as an example for justification of using repulsive racial slurs.

From a legal perspective, Snyder will technically be protected. But the ruling only intensifies the enduring question that still remains: Does the NFL and its Washington franchise want to remain the modern era’s most famous legal symbol of bigotry?

Unfortunately for now, the answer appears to be yes. 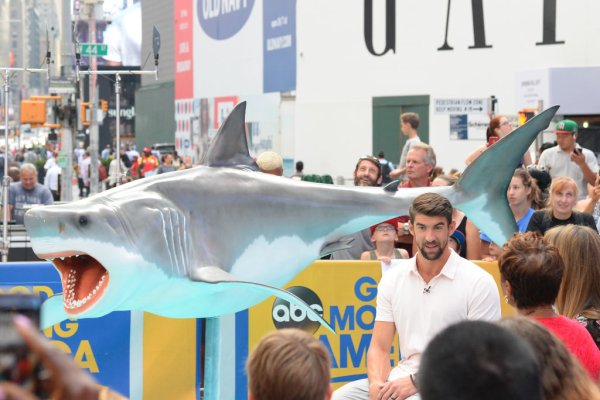 The Internet’s Reactions to Michael Phelps’ Shark Race Were the Real Winners
Next Up: Editor's Pick