Senator Jeff Sessions (R-AL) is seen before his Attorney General confirmation hearing as Code Pink demonstrators dressed as KKK members stand up and call to the Senator at the Russell Senate Office Building on Tuesday January 10, 2017 in Washington, DC.
Photograph by Matt McClain—Getty/The Washington Post
By Tessa Berenson

A D.C. judge has thrown out the jury conviction of a protester who laughed during Attorney General Jeff Sessions’ confirmation hearing.

Chief Judge Robert E. Morin of the Superior Court of the District of Columbia said Friday that he was ordering a new trial because he found it “disconcerting” that the government would argue that the laughter of the protester, Desiree Fairooz, was enough to convict her, according to the Huffington Post. He said the laughter “would not be sufficient” to submit the case to the jury, and has set a new court date for September 1.

Fairooz, protesting with the group Code Pink, was removed from Sessions’ Senate confirmation hearing on January 10 after laughing when Sen. Richard Shelby (R-Ala.) said Sessions had a record of “treating all Americans equally under the law.” She was convicted by a jury in May of disorderly, disruptive conduct and obstructing passage on U.S. Capitol grounds, NPR reports, punishable by up to a year in prison and a fine of up to $2,000. 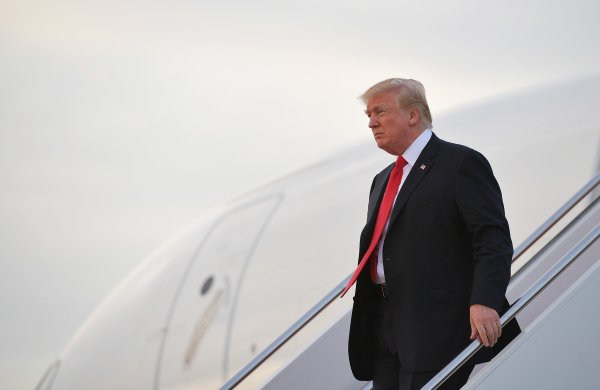 Donald Trump Blocked These People on Twitter. Now They're Suing Him
Next Up: Editor's Pick