Roger Federer wins his 8th Wimbledon title after defeating Marin Cilic in the final at the 2017 Wimbledon Championships at the AELTC in London, on July 16, 2017.
Corinne Dubreuil—Sipa USA
By Melissa Chan

Nine people, including five children, were killed after a flash flood swept through an Arizona swimming hole. “They had no warning. They heard a roar, and it was on top of them,” Water Wheel Fire and Medical District Fire Chief Ron Sattelmaier said, according to the Associated Press.

Political commentator Ann Coulter attacked Delta Air Lines in a Twitter rant after she said company switched her seat for one with less legroom shortly before takeoff. Delta said the way Coulter handled the situation was “unnecessary and unacceptable.” The airline also said it would refund Coulter the $30 price difference.

The vote on the health care bill has been postponed while Sen. John McCain recovers from surgery for a blood clot.

Celebrities and filmmakers are paying tribute to zombie film director George Romero, who died at 77.

Actress Jodie Whittaker will be the first female star of Doctor Who.

Singer Aaron Carter lashed out at his celebrity brother Nick Carter after being arrested for drug-related charges. 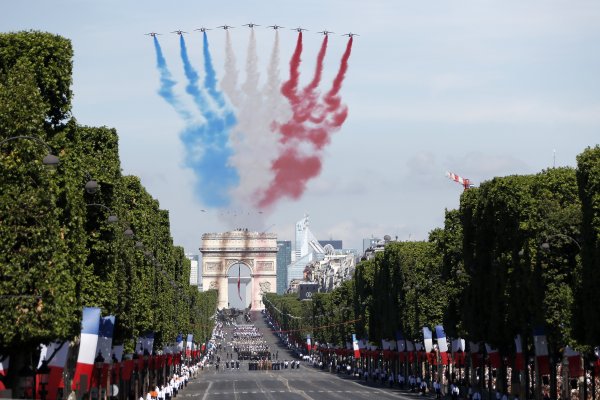