How Late Nights at the Office Can Harm Your Heart

It’s no secret that working long hours can take a toll on employees’ moods, stress levels, and even their waistlines. Now, a new study suggests a hidden heart danger, as well: People who put in more than 55 hours a week on the job may have an increased risk of developing atrial fibrillation—an irregular heart rhythm linked to stroke and other health problems—compared to those who work 40 hours or less.

The new analysis, published in the European Heart Journal and led by University College London researchers, combined data from eight previous studies including more than 85,000 men and women from the United Kingdom, Denmark, Sweden, and Finland. None of the participants had atrial fibrillation (also known as AFib) at the study’s start, but 1,061 people developed it over the next 10 years.

Those numbers were equivalent to 12.4 AFib cases per 1,000 people in the study. But when the researchers looked specifically at those working 55 hours a week or more, that rate jumped to 17.6 per 1,000 cases.

In other words, those who worked the most were 40% more likely to developing AFib, compared to those who worked 35 to 40 hours a week—even after the results were adjusted for factors such as age, gender, obesity, socioeconomic status, smoking status, risky alcohol use, and leisure-time physical activity.

What’s more, 90% of those cases occurred in people who did not already have cardiovascular disease—suggesting that it really was the excess time at work, and not any pre-existing condition, that was responsible for the rise in AFib.

The authors point out that a 40% increased risk of AFib may not be a big deal, depending on how high a person’s overall risk for heart disease already is. “In absolute terms, the increased risk of atrial fibrillation among individuals with long working hours is relatively modest,” they wrote. But for someone who already has several risk factors (like being older, male, diabetic, or a smoker, for example), any added risk could be important.

The researchers can’t say how, exactly, extra time on the job might trigger irregular heart rhythms. But they suspect that stress and exhaustion may play a role, making the cardiovascular and autonomic nervous systems more vulnerable to abnormalities.

They also say their finding could help explain, at least partially, why people who work long hours have been shown to have an increased risk of stroke. ( AFib is known to contribute to the development of stroke, as well as heart failure, stroke-related dementia, and other serious health problems.)

The study did have some major limitations, including the fact that work hours were only recorded at one point in time, and that people’s specific occupations were not included in the analysis. In an accompanying editorial, researchers at St. Antonius Hospital in The Netherlands noted how these factors may have influenced the findings.

“It is conceivable that job strain and night shifts may be more frequent in the long working hours group, which in turn may have confounded the risk association,” the editorial authors wrote.

Physically demanding work could also contribute to an increased risk of AFib and other heart problems, but the editorial writers point out that manual labor jobs are often well regulated so workers don’t put in more than 55 hours a week. “It is often in higher management jobs and self-employed businesses that there is no constraint on working hours,” they wrote in the editorial, “and mental stress may be more important than direct physical demand.”

The editorial also notes that none of the original studies included in the new analysis had statistically significant results on their own—likely because of their limited sizes. Only when all of the data was combined did a meaningful pattern emerge.

“[T]he authors should be congratulated for the impressive collaborative effort required to integrate patient level data from multiple studies to increase the power,” they wrote. However, they added, the study is still not able to draw definitive conclusions as to whether working long hours is an independent risk factor for AFib.

RELATED: Is Your Job Making You Sick?

The study authors acknowledge these shortcomings, but still believe that their findings “raise the hypothesis that long working hours may affect the risk of atrial fibrillation,” they wrote in their conclusion. More research is needed, they say, to determine why this could be the case, and whether their findings would apply to other groups of people.

Of course, there are other ways that working overtime can be hazardous to your health, regardless of whether these findings are confirmed in future studies. In a 2016 study in the Journal of Occupational and Environmental Medicine, people who worked 60 or more hours a week had higher rates of heart disease, cancer, diabetes, asthma, and arthritis, compared to those who worked 30 to 40. Some increased health risks were observed in both genders, but the effects were “tremendously more evident in women,” the study authors said. 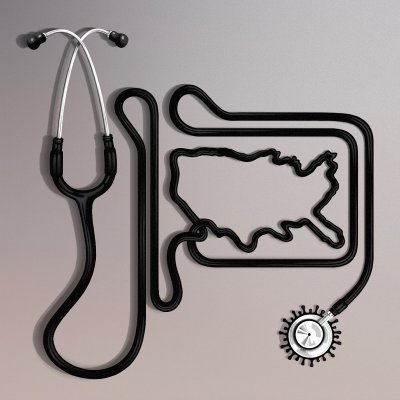 COVID-19 May Lead to a Heart-Disease Surge
Next Up: Editor's Pick